After a domestic dispute, a person from the US city Salt Lake City suicide attack with his little plane on home when his wife and younger son were present at home. Devin Yud, a 35-miles distance from Salt Lake, beaten his wife few days ago after huge drunk. On which the neighbors filed a complaint in the police and the police arrested him in the night while taking action. 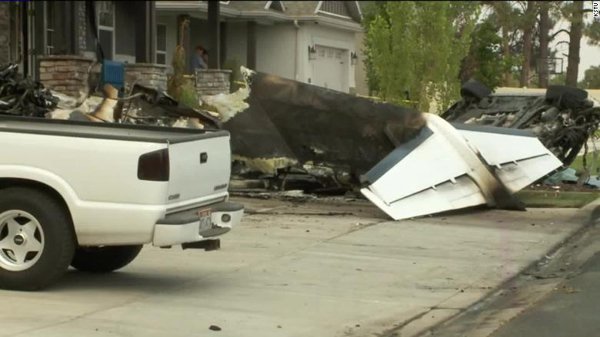 The police release Devin next day, On which the person turned towards a construction company instead of going home from where he take off the sacena 525 plane and directly suicide attack on home while his son and wife were present at home but luckily safe, while Devin dead at spot. The eyewitnesses saw that the Sena plane was slowly down and down even though the pilot hit the house.