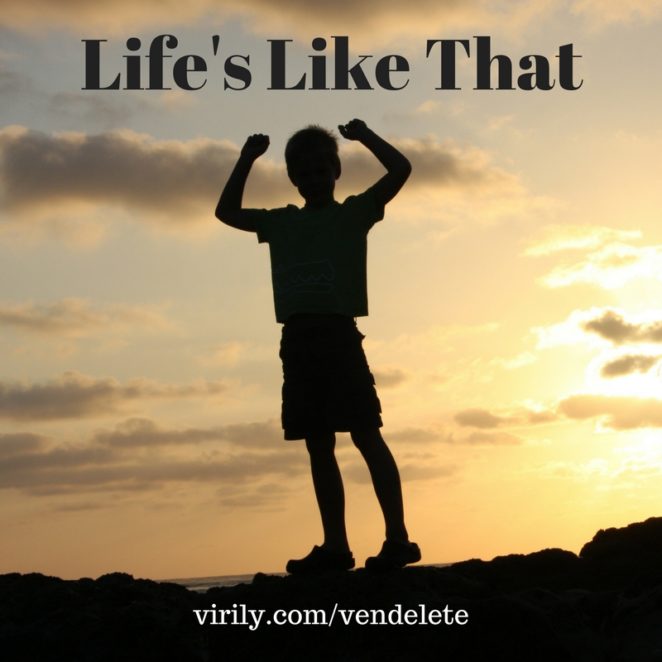 In an attempt to domesticate my younger brother, my mother gave him a clean quilt cover to put on his bed. After a long while he returned looking hot and flustered.”I don’t know how you do it, Mum,” he said. “It took me ages to get my mattress into that cover.”

My 13-Year-Old identical twin sons were scheduled to perform at their school’s Bach recorder competition – Peter first and David last. After 1 and a half hours of often shrill “music,” David stepped up to complete the programme.Seeing David at the microphone, a parent behind me leaned over to another in the audience and said, “Oh, no! They’re starting all over again!”

When I was a student nurse, I once traveled from one hospital to another with three other nurses jammed in the back of a every small car. One student remained silent for most of the journey until, in a strained voice, she asked, “Is it true you can survive with only one functioning kidney?””Yes,” We replied in chorus.”Oh good,” she said. Turning to the girl alongside her, she said, “In that case, you can leave your elbow where it is.”

It was a Saturday afternoon when my husband  asked if I’d like to see a video that night. “Sure,” I replied. So about 8:30 p.m., after the baby had put to bed, I sat down on the couch as he inserted a tape into the video recorder. “What movie did you get?” I asked.”I thought we’d watch My Best Friend’s Wedding,” he responded with a twinkle in his eye. He then lit a candle, handed me a glass of wine and hit the play button. But instead of seeing Julia Roberts come up on the screen, I was  suddenly watching a group of familiar faces – and the beginning footage of our own wedding day eight years ago.

After a highway was built through our suburb, the noise at our sports field was so unbearable that complaints led the authorities to hold a public hearing.I outlined how the noise affected our games, and ended by telling officials the only time it was quiet enough to play was between 4 p.m. and 6 p.m. is heaviest between four and six.””You’re right,” I said. “That’s when it isn’t moving.”

On his way home from school, my friend’s son was approached by older boys demanding money. He reported this to the police who typed his statement and asked him to confirm that the report was correct before signing it.”Is there something wrong?” asked the constable, wondering why the lad was hesitating.”Yes,” he said. “There are two spelling mistakes.”

Suffering with a herniated disc in his back, my husband told his cousin that a doctor was treating him. His cousin asked the name of the doctor and on hearing it, he replied, “That’s OK — I’ve never heard of him.”The cousin is a lawyer specializing in medical-malpractice cases.

My friend Connie was very supportive of her husband’s campaign to be elected vice president of his union, but missed seeing him off for work the day of the election.Since she’d be late arriving home, she left a message for him on their answering machine: “Good luck, dear, and don’t worry. No matter how the election turn out, you’ll always be vice president at our house.”

A friend parked his car at the supermarket and was walking past an empty trolley when a woman asked, “Excuse me, did you want that shopping trolley?””No, I don’t,” he answered. “I’m only  after one thing.” As he walked towards the store, he heard her murmur, “Typical male.”