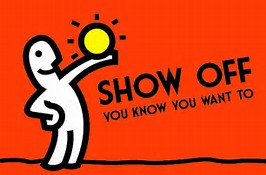 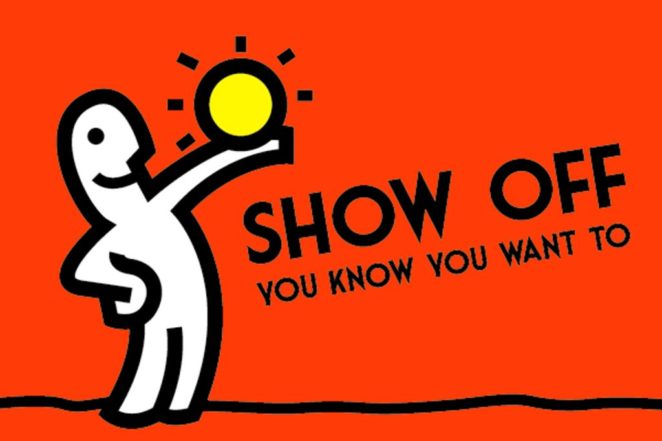 When Show Off Sam returned to his homeland, his parents picked him up.  His wife and children did not arrive, the excuse being that the children were not well.

Sam went to his parent’s home where he regaled them with stories of his greatness.  As they had created him, they drank in his tales with great joy, thinking their son the smartest, handsomest most beloved person alive.

He eventually called his wife’s home and she told him that the children were not well, he should stay with his parents, at least for the next day while they recovered.

As Sam was terrified of disease; for how dare a bacteria or virus dare invade his holy body?  he agreed.

Finally, two days later he rang up and came over.   He greeted his children, who were pushed in front of his wife, when he went to embrace her.

He began to find her distance annoying, for she left the room with her mother and then the house, unknown to him, while he was entertaining their children.

He wanted to take the children to visit his parents but Roberta’s father said that as today was their first well day, he should delay until tomorrow.

Annoyed, he went home alone to his parent’s house.

The next day he was back at Roberta’s residence and she told him, just after the greeting that she wanted a divorce.

Sam raged and exclaimed, how could she want to divorce him?  He went on and on, promoting his greatness and her nothingness.

She loved his responses, although her mother interjected. He told her to stay out of their private business; which was being conducted in her living room.   The children were not there, Sam being told that they were at the doctor, (the truth was that her father had taken them to stay with his brother last night and they were still there.)

Roberta told Sam that she no longer loved him which made him rant about how was that possible?  Eventually he went back to his attacks when she told him that she had been having an affair with his boss which is why his extension had been refused.

If an atomic bomb had dropped, if the world stopped spinning, Show Off Sam would not have been more shocked.