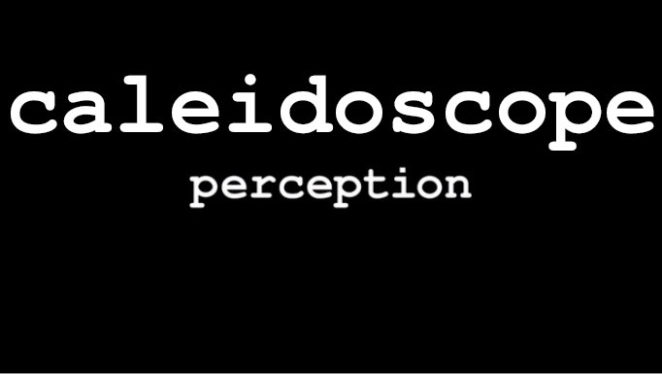 “Caleidoscope” is episode five of season two of Perception and this article continues where the previous one left off. So, Daniel heads home and has Lewicki start on it anyway. With some explaining as to how stuff works. Inside the game, a female avatar tells him he needs to participate, to buy into the game. Which then morphs into a somewhat real version from the computer graphics. Daniel is getting a bit involved when Kate rings. She wants to know where Daniels is – because she and Fleckner are staring at an avatar that looks and sounds just like him. Kate is coming in. As a redhead in leather with a tattoo. Fleckner built her avatar. She feels like she let one of her little brother’s friends dress her. Jeremy is there as well, and he is able to communicate, and is popular.

Jeremy was banned from the lounge they are in, because it belonged to the murder victim, for talking to said victim’s virtual girlfriend. The victim – aka MPresario, in-game – liked to make out he was connected, a gangster. Then the block disappeared. Daniel says Jeremy needs a therapist. His mother can’t afford one, and Daniel asks what if he got one she could afford.

MPresario’s girlfriend, Krystalline, lives in Jacksonville, Florida. So, Kate flies there. The woman – real name Ashley – says she fell in love with Simpson online. Even after they exchanged pictures. They were planning to run away in the real world, but Simpson had a big business deal he needed to set up first. She thinks her ex-husband might have killed him. Said ex caught his wife making out virtually, and went online and threatened Simpson. Then a bunch of Asian guys jumped him in the real world, stuck a gun down his throat and told him to stay away from his wife.

Daniel gets involved with Ileana, a woman in the virtual world. Daniel, even at the best of times, can struggle with telling the difference between fantasy and reality. Natalie points out that Caleidoscope is really not the best environment for him. And she’s right. He also realises that people do not necessarily look like their avatars – Daniel is a bit of a technophobe, so he’s not really come across such before.

Quite a bit of the episode is spent in the virtual world. Which, to save money and time, is simply the real world with a few filters thrown on top of to make it look different.