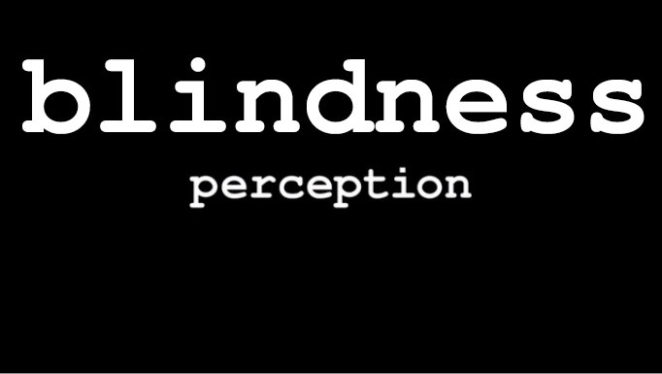 “Blindness” is episode three of season two of Perception. Daniel is talking to his class about how humans have evolved to see pattern and meaning in almost everything. His projector stops working and he calls for Lewicki, who is busy on his phone. Daniel tells the class that every time a smartphone dings, it makes you a little dumber. Lewicki tells Daniel that the message is for Daniel. Kate wants to see him at the courthouse. Lewicki offers to teach the class, but Daniel dismisses it.

At the courthouse, Kate and Donnie tell Daniel that district judge Cleland was found dead in his chambers. Only one person entered, the janitor. Who was found standing over the judge’s dead body holding a bloody knife. The janitor, Emmanuel, isn’t talking

Daniel speaks to Emmanuel, who is clutching a watch. Given to him for his birthday by Mr Judge Cleland. The judge was his friend. Emmanuel is not entirely there. He saw the judge on the rung, and thought he was asleep. Then he saw the knife, and pulled it out because he didn’t like it there.

Daniel doesn’t believe that Emmanuel is capable of coming up with a cover story, even if he had killed the judge. Kate spoke to Cleland’s secretary, and says there was something off. The something off being that the secretary saw the judge leave his chambers then, 15 minutes later, Emmanuel enter and start screaming. She never saw the judge return. Daniel doesn’t believe that either witness is lying; the judge was already dead when he was supposedly giving his verdict. Donnie says that he saw Cleland with his own eyes – but the judge’s robe is then found in a stairwell.

Daniel’s theory is that the killer entered early and stabbed the judge. He then entered court and pretended to be the judge and the others in the court were looking, but not seeing. Change blindness; a change in visual stimulus that goes unnoticed by the observer. Donnie is not convinced, that he and the other 40 people in the court missed what happened when they were paying complete attention. He’s going to go for the janitor.

Daniel decides – with Natalie’s help; after the previous episode, “Alienation”, he has swapped his real girlfriend for his imaginary one – to open Donnie’s eyes. So, he and Kate are sitting waiting for Donnie. Who, before he approaches them, is asked for help by an attractive student showing some cleavage. In the middle of that conversation, a board passes between them, and the first student is replaced by a second. Also attractive, also showing some cleavage – but otherwise completely different in appearance and dress. This is then pointed out to Donnie – he tells them to get another suspect.