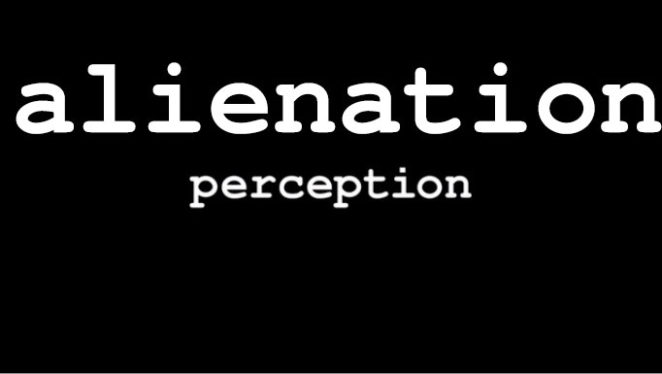 “Alienation” is episode one of season two of Perception and this article continues where the previous one left off. According to Preston, he got home early from a book signing tour. His wife was perfectly normal. Then turned on the light and screamed. Before he left, she was a little paranoid. She thought a bunch of different cars were following her and one resulted in her going off the road and hitting a telephone pole.

Daniel believes it’s Capgras Delusion, where people think their loved ones have been replaced by imposters. The pathway between the visual cortex and the emotional centre of the brain has been severed. So, sufferers don’t feel anything when they look at a loved one. Ellen probably believed it was aliens because of what her husband did. When the lights are off, she could only hear his voice, and that pathway was intact. When the lights came on, that changed. So, they have to play along with Ellen’s delusion, because she won’t believe them otherwise, and get her brain scanned. Checking for alien microchips is a good explanation. Ellen does have the problem, and she also thinks her friend Barbara has been replaced. Not Barbara’s husband, though; Ellen has a stronger emotional connection to Barbara.

Daniel has asked Caroline to treat Ellen, and they are eating when he gets a call. Ellen has checked herself out of hospital and gone home. Daniel asks Caroline to take him there, because Ellen might run into her husband. Which she did. She’s kneeling over his dead body holding a knife that is stuck into him. Well, that’s awkward. Ellen was talking to Preston on the home when she realised he was in danger. Because she heard their doorbell, couldn’t contact Kate, and was worried Preston might run into the alien. Only, when she arrived, the alien was dead. Shot. So, she decided to cut him open to expose the alien organs. Which didn’t work but explains the knife.

The police think Ellen shot her husband in a fit of rage, left the house to dispose of the, still unfound, gun, then returned to perform alien autopsy. Barbara tells Kate that there was a writer, A.Z. Wayland, who sent her his manuscript on how he was abducted by aliens, then claimed Preston ripped it off. He made threats to both Barbara and Preston.

Wayland is at a science fiction convention. Lots of people dressed up in lots of funny costumes is definitely way outside Daniel’s comfort zone. Now, Ellen didn’t kill her husband – although she thinks it’s the alien who is dead and her husband is missing – but someone did. But why? Daniel being off his meds is causing problems with Caroline. He should probably have come clean earlier.