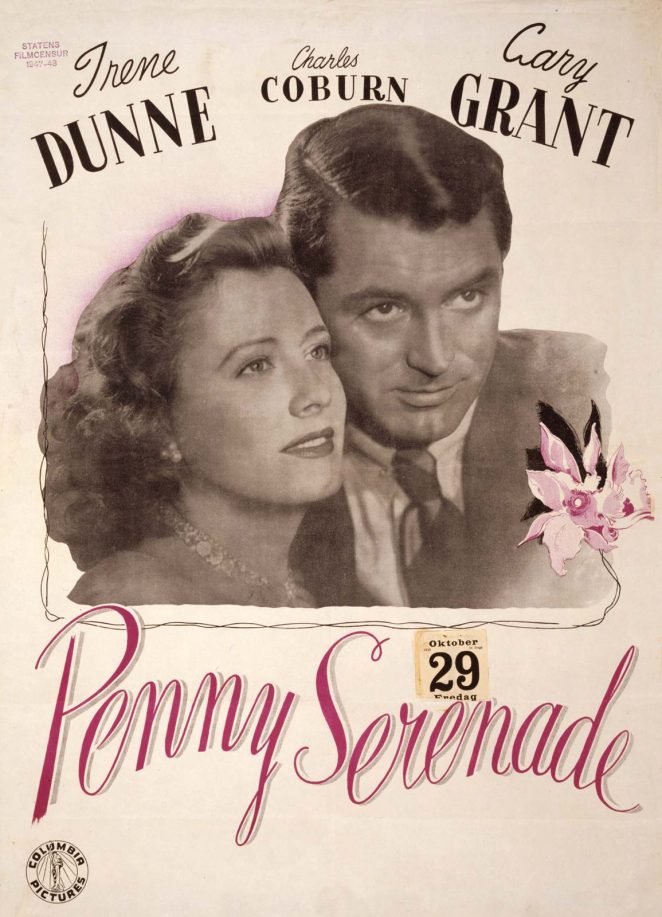 I love watching Old Hollywood movies and a great many of them could be called tear-jerkers. This is because you cannot get through these movies without reaching for a box of tissues. They wring out all of the possible emotions in you and you will only feel better if the ending is a happy one. I have seen Old Hollywood movies that leave you crying but that isn’t bad at all because all of them have incredible stories to tell.

The first of this type of movie that I would like to tell you about is titled “Penny Serenade”. It starred Irene Dunne and Cary Grant both much loved and popular actors at the time when the movie was released in 1941. This black and white movie takes you from tears to smiles and back again but at least it does have a happy ending.

The movie begins with Irene Dunn as Julie playing old record albums and remembering all that has passed since she met her husband Roger portrayed by Cary Grant. Then we are taken on an emotional journey. While Julie and Roger are in Japan an earthquake causes her to have a miscarriage and she finds out she can never have any children. They choose to adopt and want a chubby-cheeked little boy with blond curls. They wind up with a little infant girl and we get to chuckle a bit about how they have no idea how to take care of an infant.

The tears start flowing as they almost lose the child to the courts because Roger has to close up his newspaper business. We watch as the child grows and gets to play an angel in a school Christmas play. Grab onto that box of tissues we hear the letter that the woman at the adoption agency reads that she has received from Julie. The little girl got sick and died and she and Roger are getting a divorce. We also get treated to a most emotional scene when a woman and her little boy come knocking on their door. The little boy is the age of the daughter they lost and the woman and the boy are on the way to the school Christmas play. All the memories come flooding back as Julie and Roger drive them to the school. Then finally when all the tears have been cried the ending is a happy one but I will leave you hanging so that if you are interested you can watch the movie and see it all for yourself.