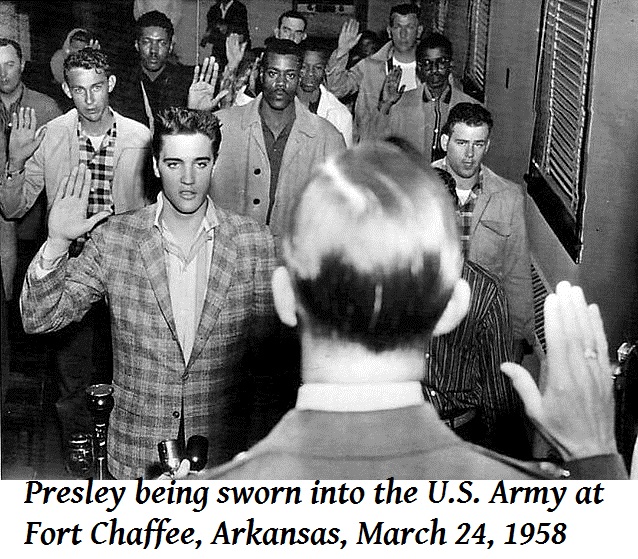 Who Doesn’t Love Elvis?  Just because you received an eMail message from someone you don’t know doesn’t mean you shouldn’t open it.  I know the rule is that if you weren’t expecting the message and it looks suspicious don’t open it because it could be a virus attached.  But this eMail message mentioned Elvis!  The temptation was hard to resist.  It turns out it was a link to a YouTube video.  If you love Elvis Presley and you love art, you will love this video!!  The name of the artist is Vámos Sándor.  I am including the video along with the tweets as a little something extra.  Enjoy!!

Today in 1956, #ElvisPresley appeared on the #Dorsey Brothers’ #StageShow for the third time.#Elvis sang #BlueSuedeShoes & #HeartbreakHotel. Although the latter was his debut RCA single from the previous month, he oddly did not sing it in his first two appearances. pic.twitter.com/GmZsIKanzZ

Today in 1973, #ElvisPresley gave #MuhammadAli a custom robe.#Elvis was mortified to realize that it had a mistake—it read “THE PEOPLE’S CHOICE” instead of Ali’s slogan “THE PEOPLE’S CHAMPION”—but it was too late to fix.

Today in 1976, #Elvis was made captain in the Memphis Police Reserve.https://t.co/8Rfj7gKeRZ pic.twitter.com/TBNvzMYPOM