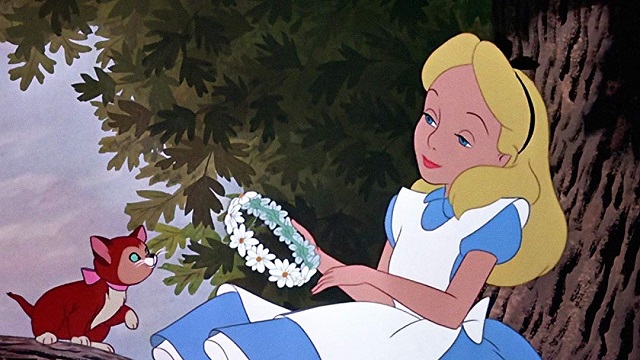 “Alice in Wonderland” is without a doubt one of the best-loved stories ever written for children and I think it was written for adults too. Whether you read it as a child or as an adult you can’t help but be impressed by the story-line, the illustrations, the memorable quotes, and the life lessons.  If you have watched an animated version or a movie adaptation, were you not entertained?  From the book written by Lewis Carroll, “Alice’s Adventures in Wonderland” (1865), to the animated version created by Walt Disney (1951), to the fantasy adventure directed by Tim Burton (2010), everybody loves “Alice in Wonderland”.  Other than Alice, the main character, do you have a favorite character in this delightful tale?  Mine is the Cheshire cat.

FUN FACT:  The inspiration for the story “Alice in Wonderland” is a real little girl named Alice Pleasance Liddell.  Charles Lutwidge Dodgson (aka Lewis Carroll) was a friend of this young girl’s parents.  Mr. Dodgson took the girls on an outing and in order to entertain them he told them a story.  Alice loved the story so much she begged him to write it down.  Read the story behind the story: “1858-1872~ The real Alice in Wonderland”.

Meet the real Alice in Wonderland. There was a real little girl named Alice who inspired the beloved tale written by Lewis Carroll. https://t.co/LodfpE4TVn via @mashable #books #fantasy #classictales

Charles Lutwidge Dodgson, better known as #LewisCarroll, was born in #Cheshire on 27th Jan 1832. He was an #Anglican cleric & an #Oxford mathematician, as well as the author of #AliceInWonderland. Here are some #illustrations by Arthur Rackham for the 1907 edition. #literature pic.twitter.com/H8AZicZEa8

The Nursery Alice. A shortened version of Alice's Adventures in Wonderland – adapted by author, Lewis Carroll. Contains coloured enlargements by John Tenniel (England, 1820-1914). “Who in the world am I? Ah, that's the great puzzle.” #AliceinWonderland #BookIllustrationOfTheDay pic.twitter.com/93dU6GEeFR

Today 1820 political and humorist illustrator John Tenniel was born. He is best know for his illustrations for “Alice’s Adventures in Wonderland” and “Through the Looking Glass and What Alice Found There”. Today’s @Google Doodle honors him. #disney #AliceInWonderland pic.twitter.com/p2hRJL5wQp

Finally finished this one! ? For a re-imagining of Alice in Wonderland?? #myart #AliceInWonderland pic.twitter.com/J22dqZPiRt

"I knew who I was this morning, but I've changed a few times since then." https://t.co/K8mnhX7KKF #FridayFeeling #MentalHealth #MHM2018 #bipolardisorder #bipolarawareness #Quote #AliceinWonderland pic.twitter.com/1nupuaYhIx

Take this week by storm, whatever you are doing! And always remember to believe in magic ✨ #MondayMotivation #magic #spiritual #quote #aliceinwonderland #actorslife pic.twitter.com/L4v5HfYnjz

The complete history of Alice's Adventures in Wonderland #Alice150 via @MacmillanKidsUK https://t.co/VcSIUGHM0O