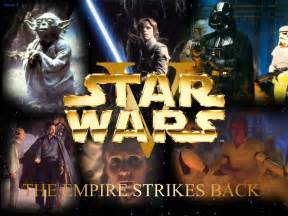 The movie that launched an obsession was Star Wars Episode 4. Arriving in theaters, I was addicted. The second movie in the original trilogy was a little darker and a little less about hope and more about the struggle, The Empire Strikes Back Episode 5.

We are introduced to some new characters. The emperor was one that we loved to hate. The interplay between Luke Skywalker and Darth Vader gave pause. This had become the hero’s quest with Luke seeking to save the universe.

Overall the movie holds up. The story is still strong, and the CGI is still good.

My overall rating for this movie is a 5 out of 5.

In fairness, I do have to say I am a Star Wars fan. I didn’t like a couple of the movies, but for the most part, the original trilogy had me with the first movie released!