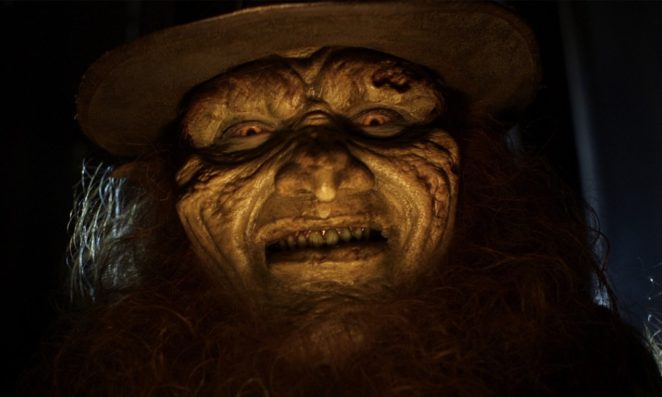 One my favorite horror movie villains will return to the movie business in 2019. The evil Leprechuan character that starred actor Warwick Davis who was the original star of the “Leprechaun” character will not return to star in the updated version of the character that made his debut in theaters worldwide in 1993 as a horror comedy series that created five sequels and one reboot.

The “Leprechaun Returns” will be written by Suzanne Kelly. The movie will be directed by Steven Kontaski.

The movie will be made for television movie that will be televised on the SyFy Channel which used to be called the Science Fiction channel.

When the original Leprechaun character came out in 1993, I was impressed with his mean attitude when anyone touched his property that he guarded like a watchdog guarding a bone to eat. Anyone who attempted to steal his valuables from his possession would wind up buying the farm.

The plot of this movie is that a group of sorority females who are having a party when their nemesis wakes up from the dead and is ready to raise some cane.

I remember an old saying that goes “When you swim in water, you only swim with the fishes but also the sharks”.

The irony is that images of Leprechauns are they are like the character in the Lucky Charms cereal who is friendly and he would not harm a fly.

However I guess not everyone in the world like any leprechaun that would harm a fly since this Leprechaun is the evil side of the character.

The movie “Leprechaun Returns” will be televised on the SyFy Channel on March 19, 2019 which will be two days after Saint Patrick’s Day is celebrated

My belief that Warwick Davis will not return to play the Leprechaun character is two fold, he cannot beat Father Time and Warwick does not want to be typecast as the character that he played in six movies. Could you blame him?