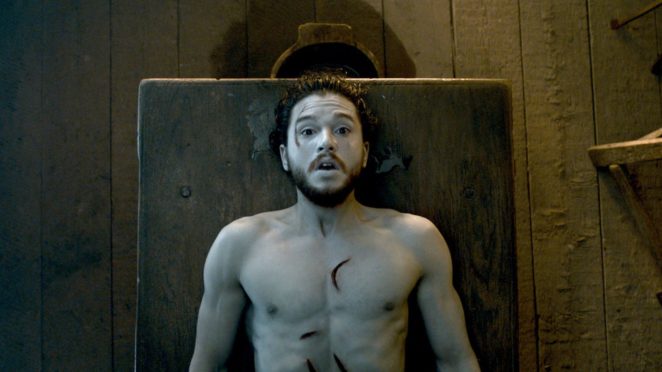 Everyone has seen Game of Thrones yeah? Very good!

One thing I hate in movies is an unrealistic character. Very annoying. They did somethings with Jon Snow the last 2 seasons and I was pissed. Human beings are human beings. Nobility has limits and its impossible to dare death like that and escape. Many people will argue what I am saying is not right but logical thinkers know.

Apart from the bandwagon of insensate individuals that watch Game of Thrones , I mean the ones that do not delight in the politics and beautifully designed dialogues but only wait for when the next fight will happen. The rest of us know that one of the most realistic series on the planet always shuns realism when it comes to JON SNOW.

1) He is the first and only main character to resurrect in the Game of Thrones series.

2) He is unreasonably noble and honest even in situations he had to be diplomatic.

Do you guys remember that at the meeting in the red keep, he was asked who his loyalty lies with. And Jon had to say he already bent his knee to Daenarys Targayen.

If you ask me even Daenarys and Tyrion had to point out his stupidity. In the Movie world? That might be ok. In the real world? Stupid honesty like that will get you killed

3) He has been in unbelievable battles and did not die. Well, its the same for many other movie characters but Jon Snow has battled the white walkers the most and he didn’t peme. The last one was very annoying.

Always getting saved by the hair’s breadth. As usual, they were surrounded. Certain death was inevitable but somehow Baratheon’s baster managed to get a timely message to Daenarys and she came to play super hero at the expense of one of her fire spitting Dragons. How convenient! Someone is always available to save JON!

Besides he shouldn’t have been there in the first place. Kings don’t go on missions like that, it’s too risky. Another issue of unnecessary bravery and nobility.

I am sure when Ragnar lothbrok of Vikings died, many thought one magic was gonna happen and he was gonna be saved . But he died brutally! That’s realism ! even though Ragnar’s death was not warranted at all. At least it was real.

Jon snow is not a realistic character. To a very large extent!