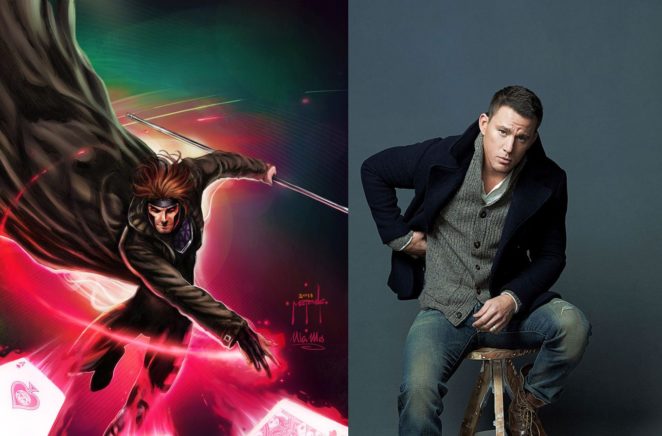 20th Century Fox Studios will attempt to capture the fans of super hero movies once again by having actor Channing Tatum tackle his dream role of playing the Gambit character.

Channing had been signing by 20th Century Fox to play the role of Remy Lebeau who was a villain before he joined the X-Men under the leadership of Doctor Charles Xavier to use his powers of using cards as his weapons and kinetic energy.

What I did not know of Gambit’s past based on the “X-Men” cartoons that played on Fox Kids from 1992-1997 that he was known for being a hero who loved the female characters on the show and he tell Jubilee in one show that he did have a mean persona as well as being a hero.

Gore Verbinski who directed “Pirates Of The Caribbean” is the director of this movie after Rupert Wyatt and Doug Liman decided not to direct the movie which will deal with Gambit’s past as a villain which is following the formulas of movies that had lead villains.

Barring any unforeseen circumstances “Gambit” should be released in theaters in North America on February 14, 2019 which is three years later than the release of “Deadpool” which was a huge box office hit despite the movie having a R rating in 2016,