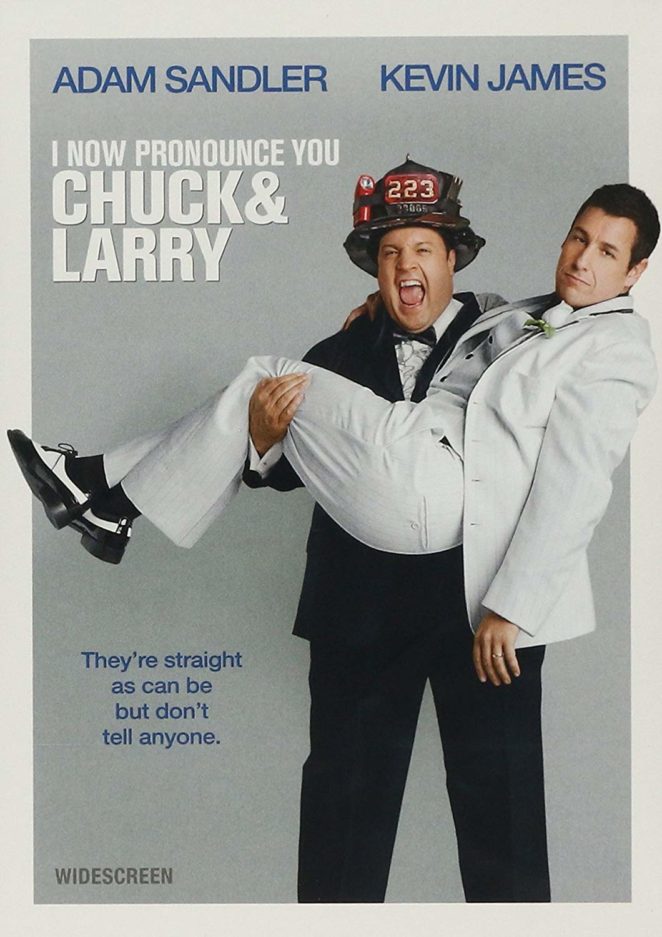 I am back again with a movie I just finished on Netflix called Chuck and Larry. Larry was played by Kevin James and Chuck Levine by Adam Sandler. These two guys are two of my favorite actors. I did not know what to expect when I started to watch it, but, it was really funny.

They are firefighters and have been friends for a very long time. They did a lot of things together. Larry is a widower and Chuck is single. Larry’s wife died and the time past for him to get his benefits from the insurance company I think it was. He saw something and thought of a way to get them. He talked Chuck into getting married and pretended that they were gay. The other firefighters did not want to be around them so put a petition together so the captain would transfer them out to another fire station. The captain knew it was a farse and that they were not gay so he separated them by one working a different shift By the way Larry has two kids and they accepted what was going on. Chuck moved into where Larry and his kids live. There was this guy that was snooping around trying to find out about their lie. They had to go to a hearing. I will stop here because I do not want to give the rest away. You have to see it for yourself. If you like Kevin James and Adam Sandler you will want to watch this