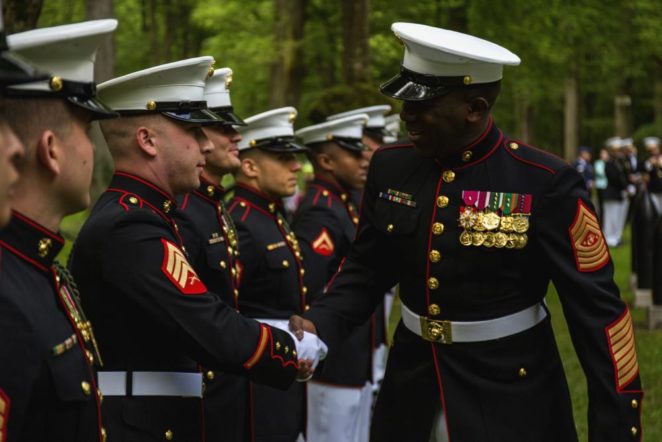 One day, at a cabinet meeting, President Franklin D Roosevelt smilingly told this story about a marine who had been ordered home from Guadalcanal, the soldier was inconsolable since he had not wounded or killed even one of the enemy. He reported the matter to his commanding officer, who responded by ordering the marine to:”Go up on that ridge over there and shout:”To hell with Emperor Hirohito!” That should bring those Japs out of hiding.”

The soldier did as he was ordered. Instantly, a Japanese soldier charged out of the undergrowth, shouting”To hell with Roosevelt.”

“And naturally sir said the marine, I couldn’t kill a Republican.”