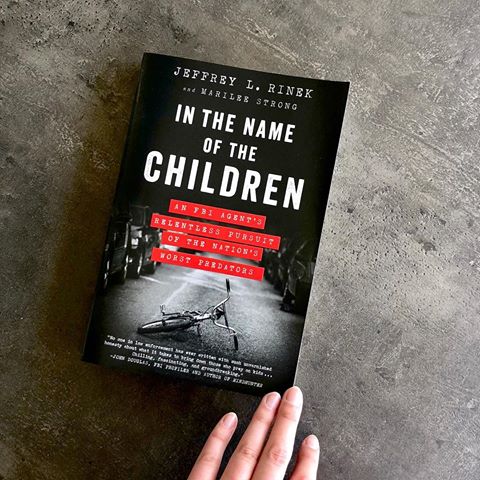 In the Name of the Children

I am reviewing In the Name of the Children through BenBella Books and Netgalley:

This book gives us an unflinching look at what its like to fight a never ending battle against the one who terrorize children, the predators who lurk among us wanting to hurt children.
Retired FBI agent Jeff Rinek worked many investigations, hundreds involving children everything from stranger abductions to serial homicide as well as ritualized sexual abuse. Like all who find themselves doing this kind of work Jeff Rinek was required to plumb the depths human depravity he was forced to see things no one wants to see.  The job is both the most brutual as well as the most important job in Law Enforcement, Rinek had a great success rate in solving these cases.

Most famously he is known for getting Cary Stayner to confess to killing the four women and girls in the Yosemite Park Murders.  This was made more extraordinary by the fact that the FBI nearly pinned the murders on the wrong suspects.

This book is both painful to read and powerful it speaks of one mans quest to bring the victims of monsters the justice they deserve.

I give In the Name of Children five out of five stars!
Happy Reading!