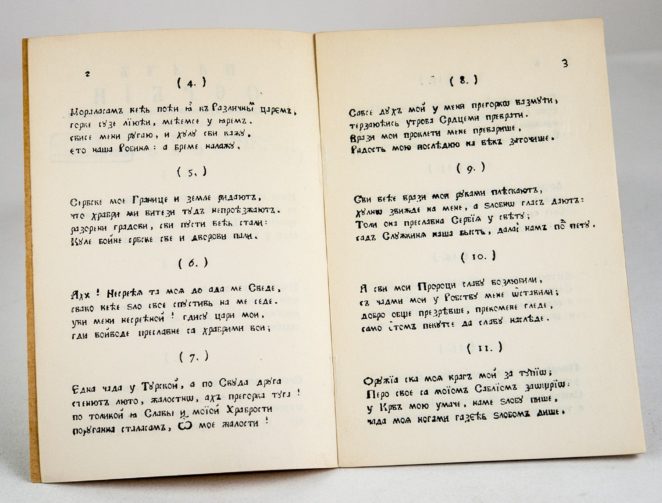 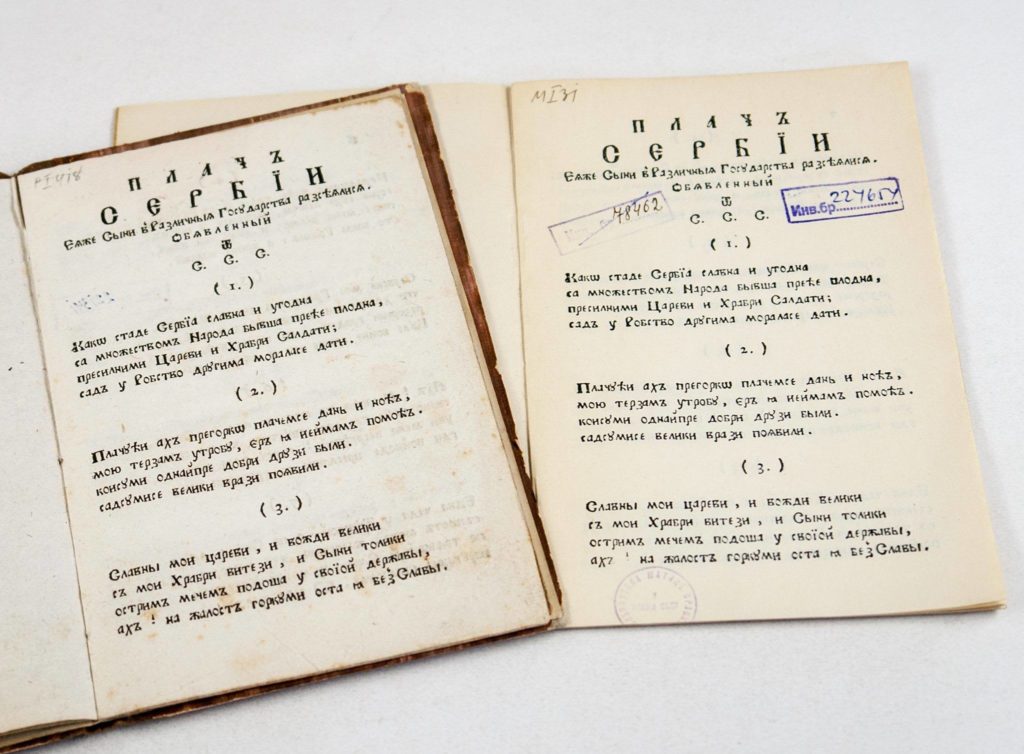 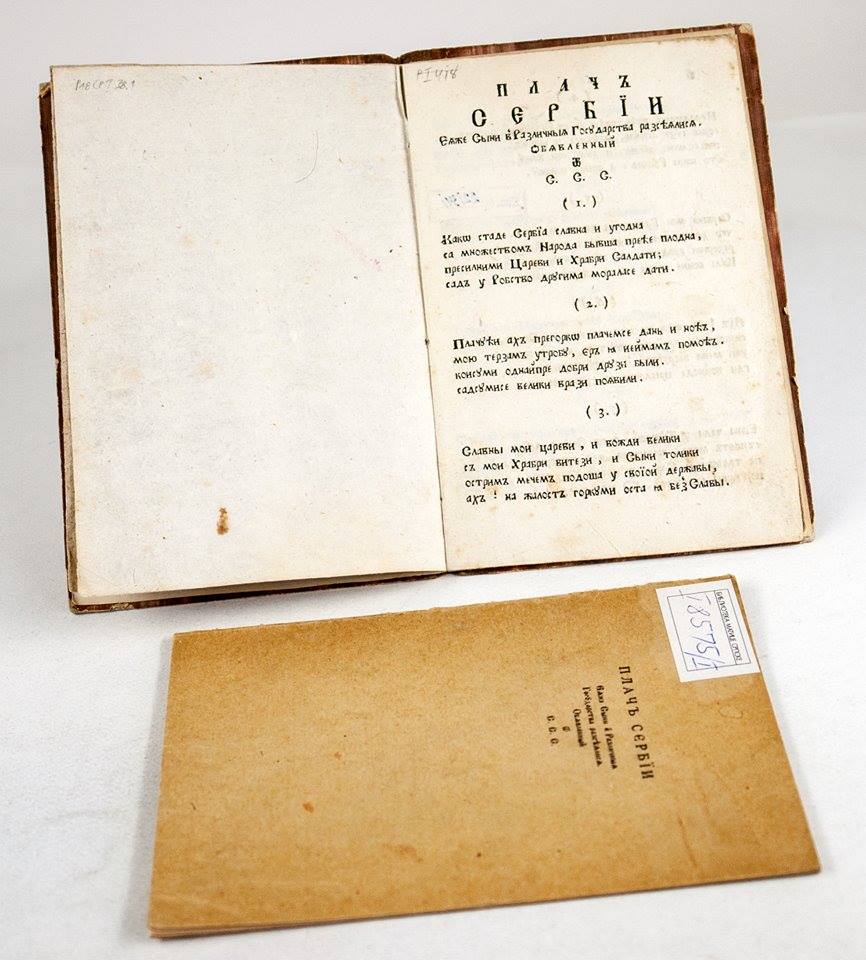 Song of Zechariah Orfelina “payday Serbia”, published in Venice in the printing Demetrius Theodosius 1762-1763. year, was written in the vernacular language, and consists of 26 stanzas with four verses that rhyme steam. In this patriotic songs intended for the masses, Orfelin laments the tragic fate of the Serbian people, who after wandering a foreign land, forgotten and cheated of their patron, and it is the first political protest in Serbian poetry and the first major poetic work in the new Serbian literature. Facsimile edition of poems published in 1950 in Serbian Matica. And copies of the original facsimile edition Orfelinovog “Salary Serbia” has Matica Serbian and searchable in the electronic catalog. Dusica Mr. Grbic