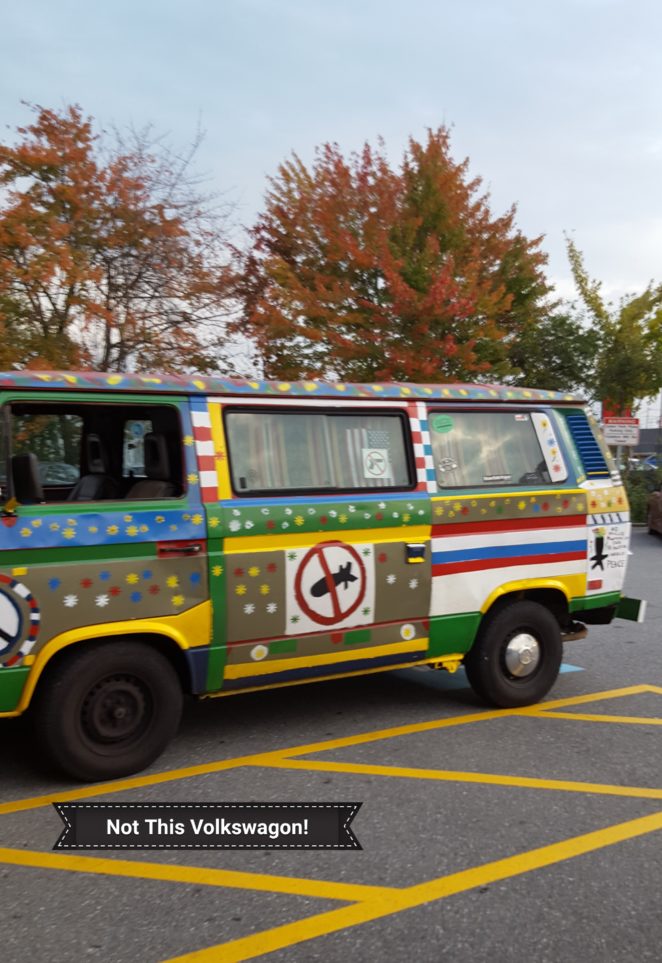 My neighbor Noberto and his wife Solange announced they were moving back to Brazil to further Noberto’s missionary work in Amazonia. I had mixed feelings about their impending move. I knew Solange was unhappy in the United States and had recently been hospitalized at Baldpate with severe depression. While Solange was in the psychiatric ward Noberto had hit on our mutual friend Sonia, propositioning her while her husband was working in Costa Rica. I feared that my holier than thou neighbor would make his depressed wife go through hell in Amazonia,  while feeding his massive ego.  Noberto visited my apartment to ask me if I knew anyone who would want to buy his beat up VW Golf. I said “I don’t know anyone who drives a stick”, thinking that would conclude the matter. “I’d like to learn”, announced Youngor. I tried to dissuade her. “I can’t help you. I’ve only driven a standard once, years ago- I nearly totalled Isabel Natti’s Datsun! She quit teaching me & we got a six pack cuz after an hour we both needed a drink!”Youngor was adamant.  “Lisa drives a stick. I’ll buy the car and you can ask her to teach me”. I sensed this was a bad idea but Youngor had already handed Noberto $400.00 in twenties and repeated that she wanted me to call Lisa.It was a strange transformation…Youngor disliked & distrusted every female who worked for me at the Residential Support Program. .. and my brother Joe was the only other male working there. Finally I agreed to call her, knowing Youngor would persist if I didn’t.  A couple of days later Lisa arrived at my apartment in the early evening & we walked next door to get the keys from Noberto. Lisa drove us to 37 Friend Street, the GLMHRA parking lot to give Youngor her first standard driving lesson. About 10 minutes later Youngor crashed the Golf into a wood platform about 40 feet from the office.The car stayed there for the rest of the weekend, then Youngor had it towed to her apartment. A few weeks later she used it as a trade in for a Green 1983 Chevy Malibu she saw on the Lynnway. Amazingly she got her $400 back as the trade in value despite the fact the Golf had extensive front end damage.I breathed a sigh of relief- At least she was driving an automatic.