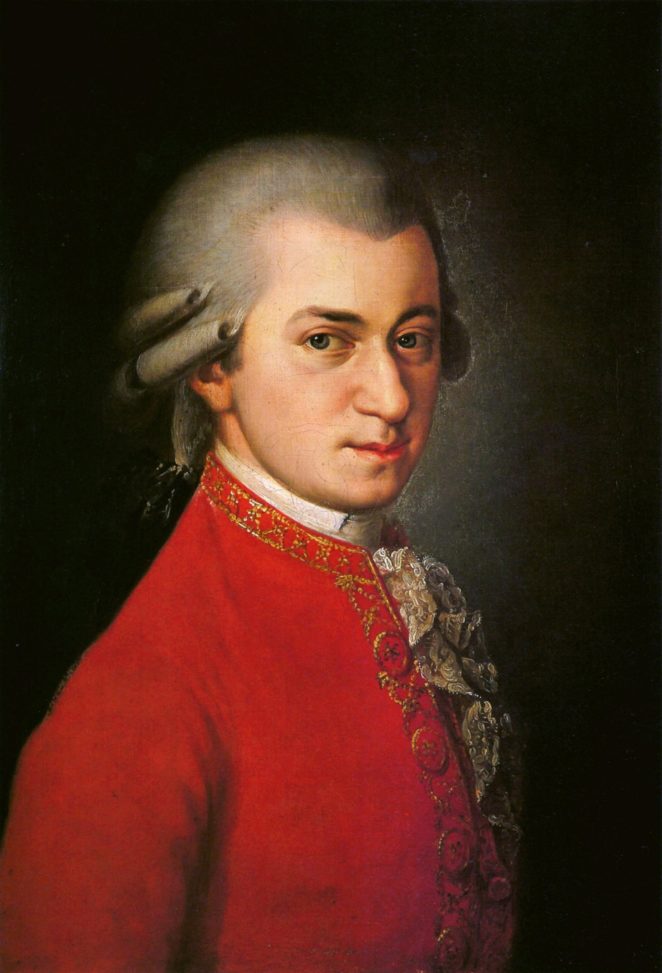 The who question is probably easier to answer than the what. The legend that Wolfgang Amadeus Mozart was murdered by his arch-rival Antonio Salieri was born soon after Mozart’s death in December 1791. However, the evidence for this is extremely thin and is countered by the fact that Mozart’s widow Constanze, a few years later, sent their son Franz to Salieri for tutoring, which would surely be highly unlikely if she thought that this was the man who had murdered the boy’s father.

The idea that Mozart was poisoned started doing the rounds very early on, due in part to the sudden decline in his health in November 1791, and also to his having said to Constanze that he feared that he had been given a dose of a poison called Aqua Tofana.

Although Salieri almost certainly had nothing to do with Mozart’s death, there was certainly a keen rivalry between the German and Italian groups of musicians then resident in Vienna. Aqua Tofana was reputed to be a tasteless and colourless blend of arsenic, lead and belladonna that had been invented in Palermo, Italy, by a certain Guilia Tofana. However, there is no evidence that such a thing ever existed other than as an urban myth.

Another form of poisoning could have been straight arsenic, but there is a problem there in that a single lethal dose would have led to a rapid as opposed to a lingering death, and a succession of smaller doses would have required the poisoner to have regular access to the victim. In Mozart’s case, that would have meant either Constanze or his doctor. Neither of them seem likely candidates for wanting Mozart to die.

Mozart’s final days were certainly unpleasant. He had suffered from a variety of ailments during his later years, including syphilis, typhoid, bronchitis, rheumatic fever and pneumonia. His symptoms towards the end included a high fever, sweating, nausea and incontinence. After two weeks of getting weaker he lapsed into a coma before dying.

What could have brought on this collapse if not poison? Maybe it was a less sensational form of poisoning, namely food poisoning. Mozart was fond of eating pork and he could easily have eaten a piece of badly cooked pork that harboured the trichinella worm. This can cause an infection called trichinosis, the symptoms of which are very similar to those suffered by Mozart.

Whatever the cause, the world was robbed of one of the greatest musical geniuses who ever lived, at the age of only 35. Who can tell what he might have produced had his life been considerably longer?