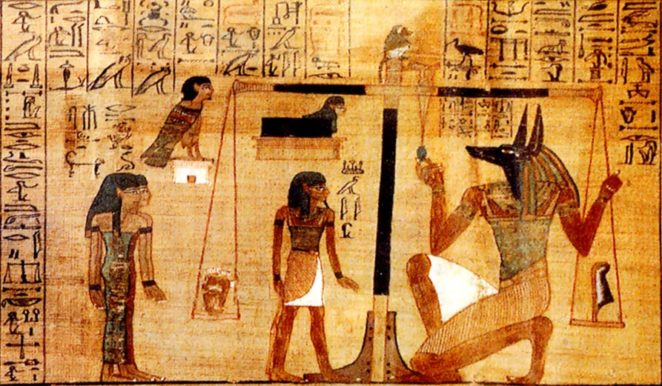 Christian tradition has it that, when you die, your soul is judged by St Peter before it is permitted to enter Heaven via the Pearly Gates, to which St Peter has the key. The ancient Egyptians had a similar belief, but this took the form of a symbolic ceremony called The Weighing of the Heart, as depicted in chapter 125 of the Book of the Dead. 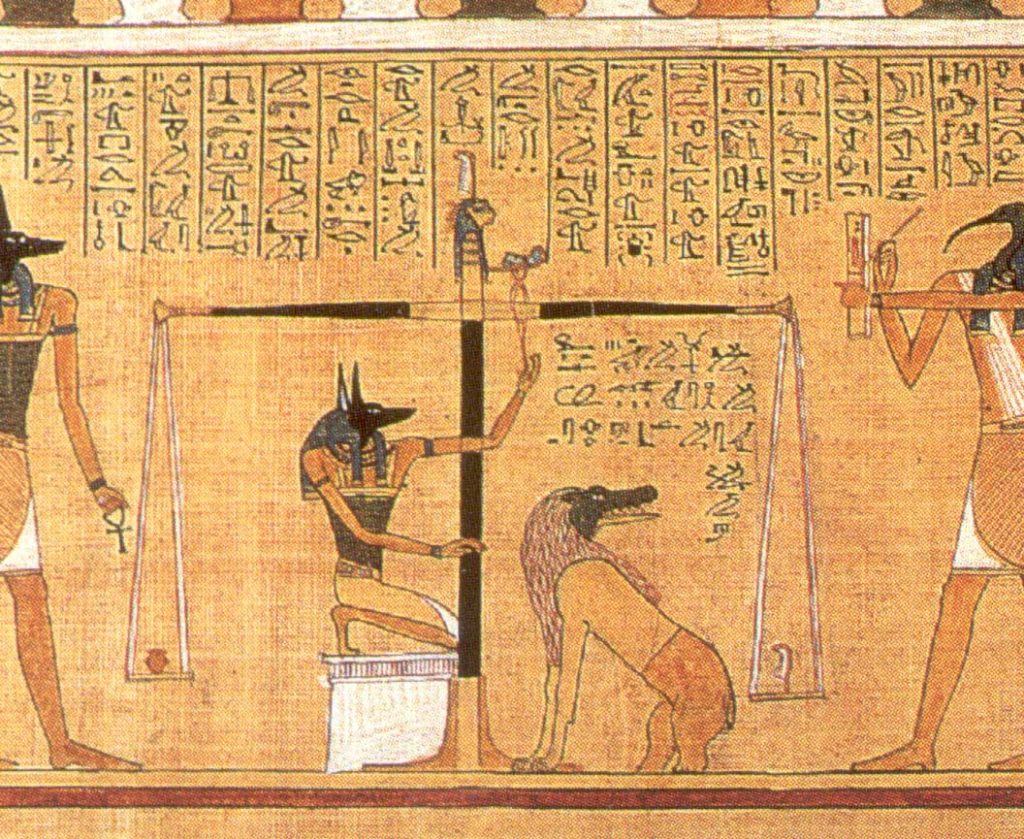 A trial for a dead Egyptian

The candidate for the Afterlife stood before Osiris and a panel of 42 other deities. The deceased had to name each of them and swear that he (or she) had never committed any of a long list of offences. If they could do so, they were likely to be allowed through. The proceedings were recorded by Thoth, the scribe of the gods.

Of course, just saying that you were innocent of all the accusations, which included giving way to anger, was not enough. You also had to prove it by having your heart weighed in the scales of justice. The heart was placed on one side and a feather on the other. If the heart made the scales sink, due to the weight of wrongdoing that it carried, it would be grabbed by a beast called Ammit that, not surprisingly, had the head of a crocodile. If the heart was eaten, the individual would die. The Egyptian alternative to entering the Afterlife was non-existence.

The way to avoid this fate was to include a copy of chapter 125 of the Book of the Dead, together with an illustration of a perfectly weighted heart, in the tomb of the deceased. Of course, this meant that you, if the deceased person, would have to have been rich enough to afford the services of a scribe and the necessary materials to make the copy. If you were, and the correct document was present for inspection, then progress beyond the weighing ceremony was virtually guaranteed. The heart would be returned to you and you would be reborn to enter the Field of Hetep.

However, if you did not have enough wealth for this get-out clause, your chances of rebirth were slim. It added a whole new meaning to the concept of being “heavy hearted” as death approached.

The importance of the heart, as the seat of thought, emotion and memory, was the reason why it was never removed from the body during the process of embalming.

To make absolutely sure that the weighing would go according to plan, the Book of the Dead also provided spells that guaranteed success. Chapters 26 to 29 were what you needed!