It is that time again, but this time it is for Chicago Mayor. And once again I will be doing the vote by mail option because it is more convenient for me as someone that does not have time to make it out to the polls. This ballot is a lot smaller compared to my ballot three months ago for United States Senate which means I can take my time researching each mayoral candidate. Even though I already have an idea of whom I would like to vote for I still would like to research each candidate in order to get it right. There are several candidates that have caught my attention once I received my ballot, and their names are Toni Preckwinkle, William M. Daley, Garry McCarthy, Susana A. Mendoza, La Shawn k. Ford, Amara Enyia, and Lori Lightfoot. 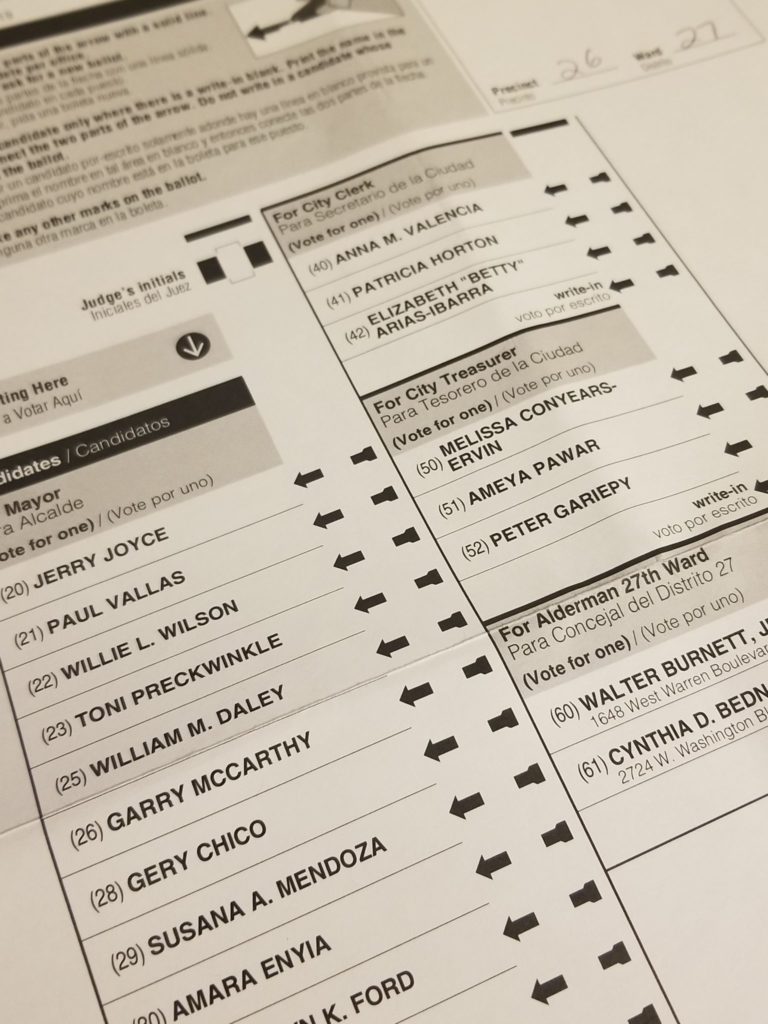