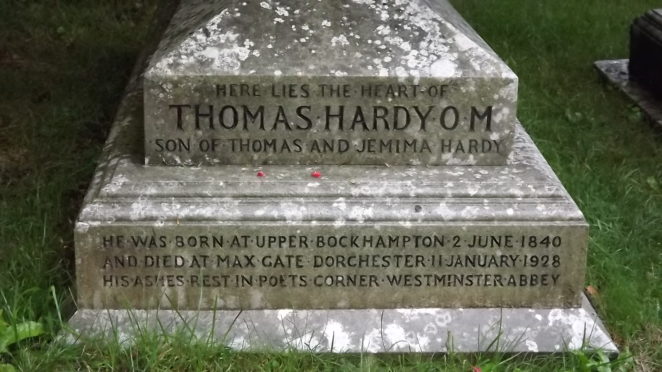 When Thomas Hardy died (on 11th January 1928) he was 87 years old, but his novel-reading public may have wondered where he had been for the last 30 years or so, given that his final novel, “Jude the Obscure” had appeared as long ago as 1895.

Instead, Hardy had concentrated his efforts on poetry (he wrote more than 1,000 poems in his lifetime) and his verse-drama “The Dynasts” which is largely forgotten today. 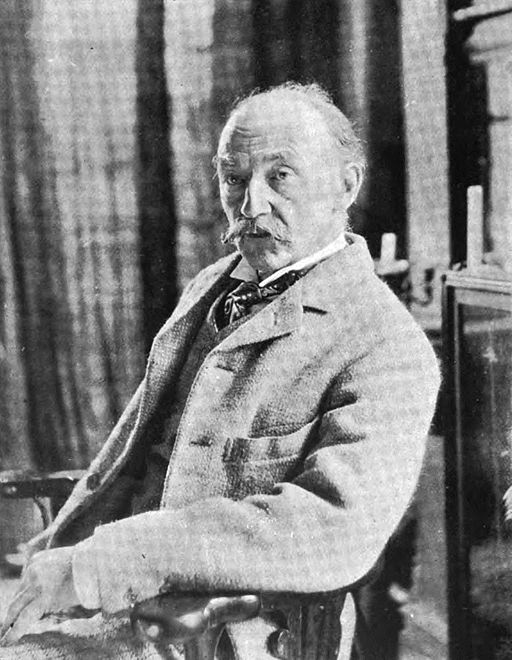 A Funeral for a Great Writer

His death reminded the public of just how great a literary figure he had been, and there were soon calls for Hardy to be given a funeral that matched his status as one of the giants of English literature. However, he was also an intensely private man whose roots were firmly planted in his native Dorset, from which he had strayed very little during his lifetime.

The members of Hardy’s family had always taken the view that Hardy would be buried alongside his own parents and grandparents, as well as his sister and his first wife (Emma Gifford), in the churchyard at Stinsford, only a few miles from the family home at Higher Bockhampton where Thomas had been born in 1840. Indeed, Hardy had stipulated this himself.

Hardy’s own literary executor, Sydney Cockerell, was one of the prime movers for ignoring Hardy’s wishes, and the bandwagon was set in motion for what was essentially a state funeral. Powerful voices were raised, including those of Sir James Barrie and the Prime Minister, Stanley Baldwin. The great and the good felt that only a Westminster Abbey funeral would do, with a burial in Poet’s Corner alongside many other great literary figures. This was despite Hardy’s known agnosticism, and the outrage that such works as “Tess” and “Jude” had inspired among religious leaders at the time of their publication. The Dean of Westminster took a bit of persuading before allowing this godless man a resting place within the Abbey, but only a bit. 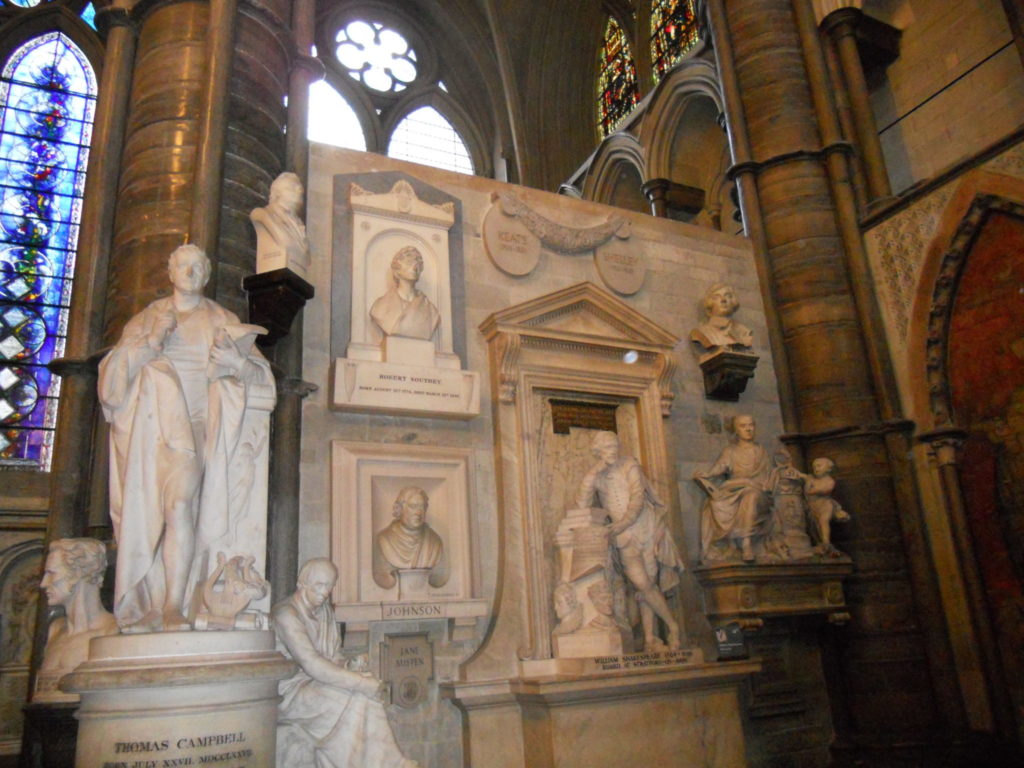 On the other hand, most of Dorset was appalled. Thomas Hardy belonged to them, and this was where he should always rest in peace. Clearly a compromise was needed that would satisfy everyone. This was suggested by the Vicar of Stinsford, who proposed that Hardy’s heart should be buried in the churchyard alongside his forbears, and the Abbey could have the rest of him.

So, at 2pm on 16th January 1928, only five days after his death, Thomas Hardy had two funerals. The Westminster Abbey funeral was a magnificent affair, and it is amazing that, with less than a week’s notice, the following people were able to come together to bear Hardy’s remains into the Abbey:

Ramsay Macdonald, Leader of the Opposition

John Galsworthy, the novelist most noted for “The Forsyte Saga”

A. E. Housman, the poet renowned for “A Shropshire Lad”

Sir Edmund Gosse, a poet who was more renowned in his own time than today

However, the distinguished escort did not have too heavy a burden, as Thomas Hardy’s heart had already been removed and the rest of his body cremated. The urn containing his ashes was buried with the accompaniment of a spadeful of Dorset soil.

Meanwhile, Back in Dorset … A Private Service for Hardy

Also at 2pm, a much more private event took place at Stinsford Church, as a casket containing Hardy’s heart was buried in the grave of Emma Hardy, who had died in 1912. The funeral was attended by local villagers and Hardy’s brother, Henry. Florence Hardy, and his surviving sister Kate, attended the Westminster Abbey funeral. 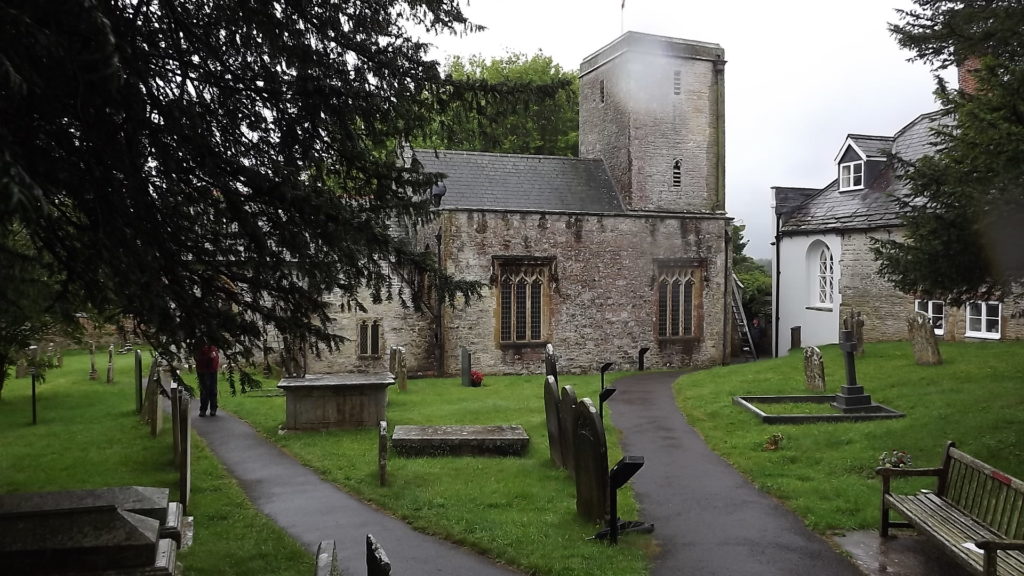 There was a third service on the same day, namely a memorial service at St Peter’s Church in Dorchester which gave an opportunity for the people of Dorchester to say farewell to a much-loved local figure.

Rights and Wrongs – The Funerals of Thomas Hardy

The hastily arranged funerals of Thomas Hardy bring to the fore the question of to whom does a nationally famous person belong? Who has the greater right to show respect and perform the funeral rites, his family or the nation at large? Another question must be whether the expressed wishes of a person can be overridden simply because they are a national figure. 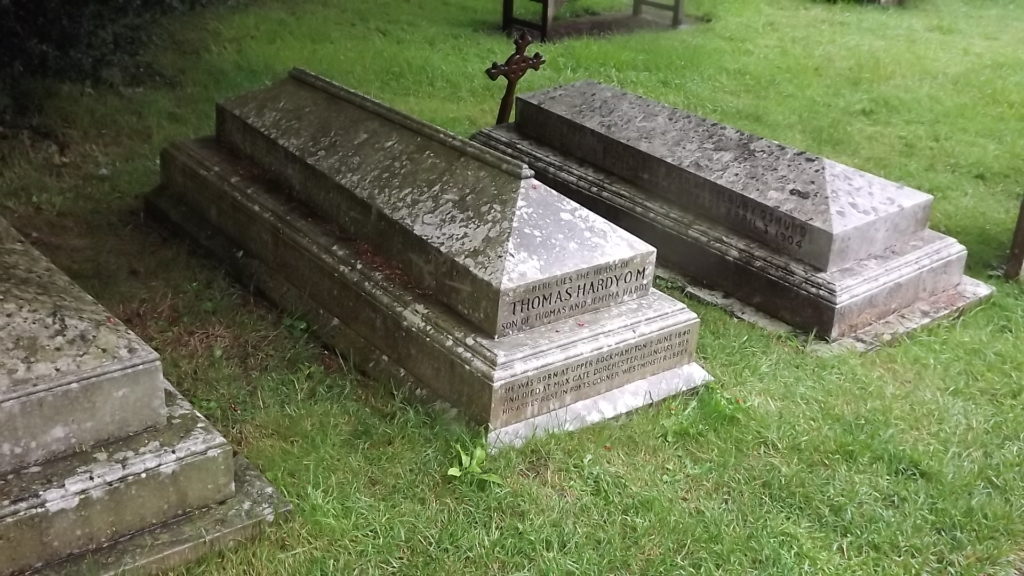 The Hardy compromise is not one that is usually followed in such circumstances, and many people might consider it to be somewhat grotesque. We are used these days to national funerals followed by private burials when distinguished people are laid to rest. An alternative is for the deceased’s wishes to be followed, but a memorial service to be arranged at a later date so that those people who want to attend can have plenty of notice. That might have been preferable in the Thomas Hardy instance.