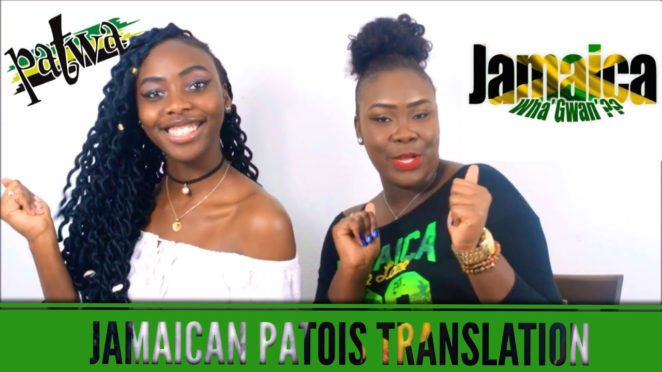 There was a time when Jamaicans spoke English. Sure, they had their accent and the slangy words and adages, but they could be understood without much difficulty.

In the 1970s, when schools became free, when to enter University was based on merit, many of the upper class were outraged that the helper’s son would be accepted and their spoiled darling was not.

As Jamaicans make the Nigerians look lame when it comes to scam, it was not difficult for the upper class to talk the average person into self destruction. This was done by getting one of their number, a loud mouthed gal who’d gone to Canada to study, (for she didn’t get into the University of the West Indies). As a matriculation requirement, the gal got the Canadians to accept Patwa as a language so she didn’t have to learn French.

(Told you Jamaicans were great scammers)

Now this gal, who’d gotten a job at the University and crawled up to a Ph.D in English was ideal to push ‘patwa’ as a langwij.

Secondly, she looked like a loud mouthed gal you’d see in a market. She was fat and black and had no class; so all those at the bottom of society could see themselves.

She pushed ‘patwa fi wi langwij’  and all those at the bottom of society dived into patwa as if a warm bath, speaking in such a way that today, multi-national corporations have to hire translators. Not that this really works, because patwa is a make it up as you go along set of mispronounced words, the expressions used in one place are not used in others, and there are many words which do not translate.

It is not a language like Spanish or Chinese which has words for English terms. Patwa is a kind of ‘Newspeak’ last hear in 1984 where words are removed from the dictionary. 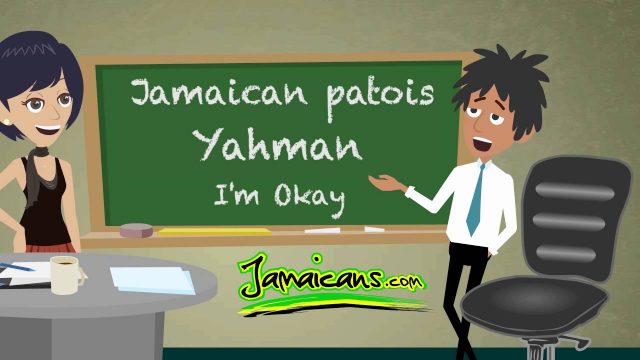 As there are no words to describe particular concepts or items in patwa, one’s ability is limited. This was important in the days when University was free to those who qualified. Now that University is so expensive only the richest can attend, it really makes no sense, but as many things in Jamaica, sense and reality are separate.

So here we have a situation last seen two hundred years ago, when slaves were not allowed to speak English, and punished if they sounded educated. Unlike those days where the Massa demanded and would be the one to punish, today, the descendants of slaves are the ones to enshrine patwa.

This means that it is virtually impossible for the poor to get any job beyond day’s labourer, for they can not work in a call centre or any venue in which they must interact with English speakers.

The few who grasp reality and learn English are often abducted by 1st world countries, so only the worst and the dumbest often remain in Jamaica.