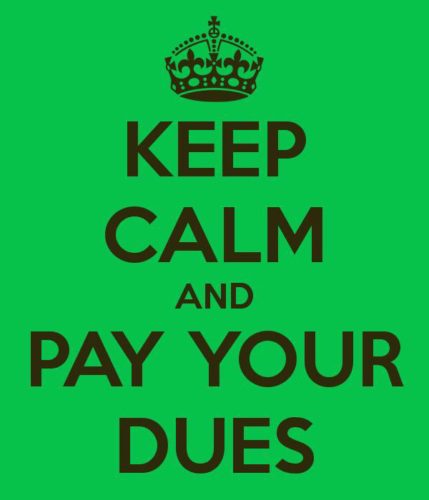 Most organisations cost. One has to pay ‘dues’ for ‘membership’.

Usually, those who join, stay and pay.

Then there are those organisations which start, or seem to be one thing, turn into another. Many have created a kind of ‘class’ system.

The new member might not feel  uncomfortable at the first few meetings. But then, they realise they are being treated in a particular way, like dirt.

No one cares what they have to say, no one notices if they attend or not. The only notice they get is if dues are outstanding.

Imagine, joining, attending meetings, being ignored, then getting an email informing of the dues owed.

I don’t pay for the ‘privilege’ of being treated like dirt. I can get that for free.