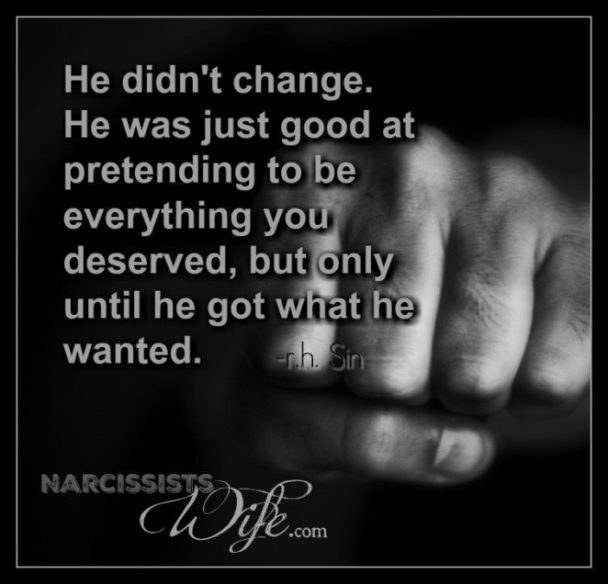 Husbands are abused as well as wives.   The Abuse is different.  The Abuse is a kind of brain virus which eats away at everything that could be  labelled common sense.

Often, the man has ‘second thoughts’ before he enters the marriage, and somehow the Abusive Wife is able to eradicate them, and get him racing down the aisle as if it is his choice.

Once the two are married, depending on the situation, things happen which are not so much ‘swept’ under the rug but deleted from reality.

Men have to recognise the Abuse, realise that they are Victims, which is very hard for the guy who thinks he ‘wears the pants’  or the one who feels he’s riding his wife’s pocket.

The reality of the relationship is rarely recognised until the Abusive Wife disposes of him. And often, because she has selected a man who is oblivious to her manipulations, he doesn’t realise what happened.

Many never marry again.   Many go into various relationships they don’t appreciate are either Abusive, trick or stop gap.