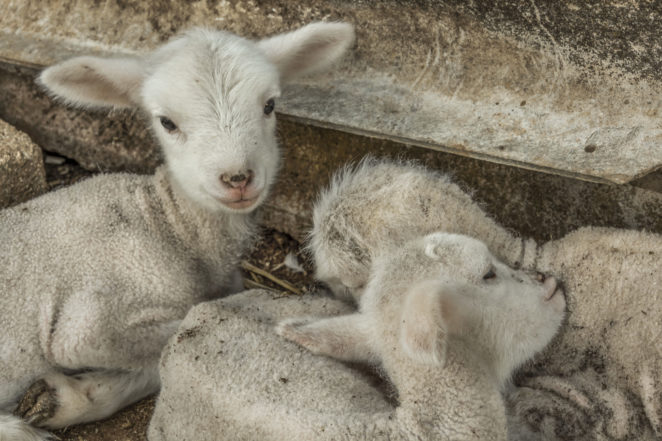 The lamb, by the generic color of its wool, its youth and docility, is represented from antiquity as an almost universal symbol of sweetness, innocence, meekness and purity. It is noteworthy that no society is known that has attributed a negative symbology.

In the Mesopotamian religions, the lamb was used to sacrifice it in so-called substitute rites. In Greek and later Roman religion, black lambs were sacrificed to the divinities of destructive winds and whites to good winds favorable to ensure good navigation.

The lamb is considered pure animal and can be eaten in the Jewish religion. In Christian iconography, the lamb bears the image of the Man whose prophet is a shepherd, but can also refer to Jesus, the Lamb of God, whose sacrifice takes away the sin of the world. In Islam, the lamb is traditionally sacrificed during the Eid al-Adha feasts in commemoration of Abraham’s sacrifice, or to celebrate the end of the month of fasting, Ramadan. The lamb in the strict sense of young sheep without weaning can not be consumed in Islam.