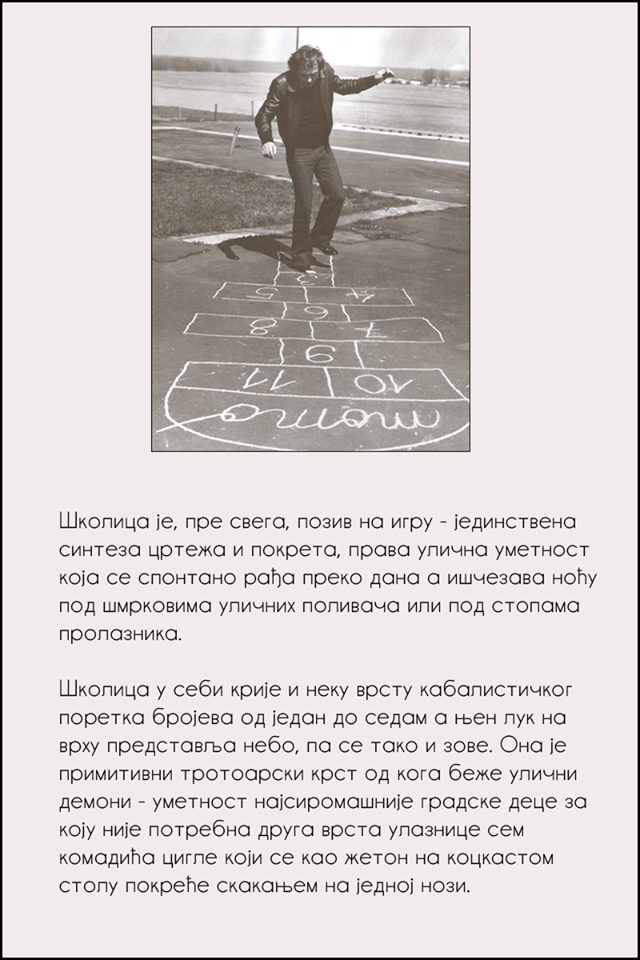 Momcilo Momo Kapor was born on April 8, 1937 in Sarajevo. During the bombardment of Sarajevo on April 13, 1941, killed his mother Bojana as he protected his body from the rubble of the house. He graduated from the Academy of Fine Arts in Belgrade in 1961, in the class of Nedeljko Gvozdenovic. More exhibited around the world (New York, Boston, Geneva, Brussels, Caracas, Udine …) than in their own country. It was first exhibited in Belgrade in 1992..

He illustrated his books, and other authors. He was also a journalist, he wrote for “NIN”, “Politika”, “Literary Gazette” in the “Bazaar” wrote a column “Notes of a Anna” and signed his name as a teenager Ana. Interviewed many notable personalities, including Nobel laureate Saul Bellow in 1977, a year after Bellow won the Nobel Prize, and this interview was relayed by many world news agencies, including the “New York Times”. He wrote with ease and charm and was one of the most popular writers of Yugoslavia.

He wrote some memorable books: “Unu”, “Zoe,” “provincial”, “phony”, “Adu”, “Green Coju Montenegro”, “Legend of Tabor” … He is the author of numerous documentaries, television and radio programs … it is little known that he was the co-writer of the famous film “Valter defends Sarajevo”.