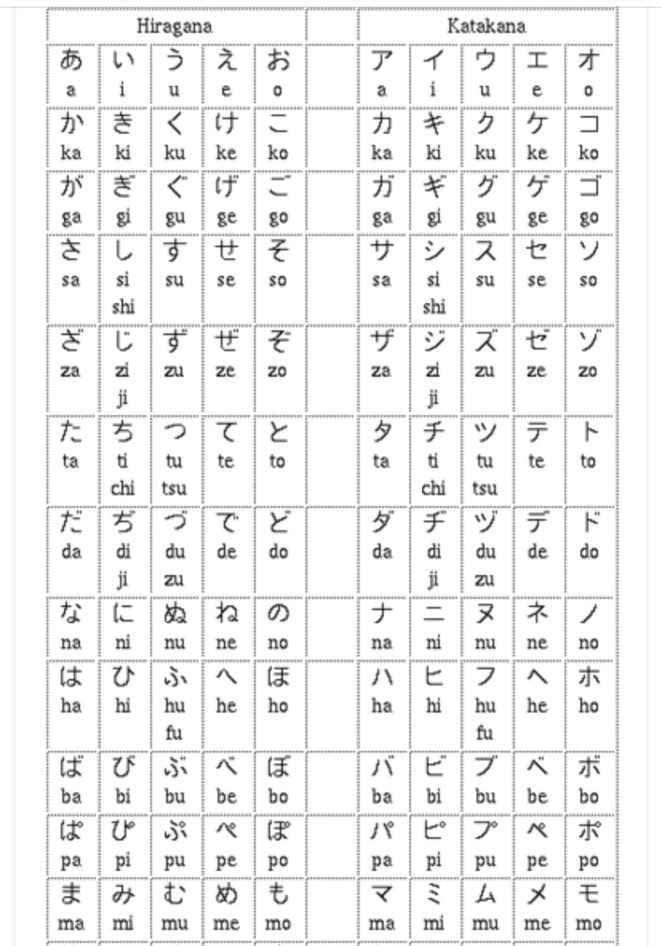 How are you Virilyans? It’s my first post about tutorial and I offer this one for free. It’s all about Japanese language. I am thinking of how I can able to illustrate this tutorial and organize correctly according to sequence, but then I just found some good sources for this, so I am going to teach you how to speak this language for free and the easiest way to get learned.

When I was in college, our university offered this subject in two semesters, that’s why I get to learn this language too. So I studied this one and enjoyed much, especially that I am a big fan of Japanese manga (comics) and animes (Japanese animation series). We were also taught how to write Japanese alphabets like hiragana, katakana, basic kanji and some romaji. Anyway, don’t worry about these alphabets, coz I’m gonna teach you the easiest way how to master them one by one, and of course, I’m going to make a quiz too in separate post to challenge your learning.

So are you ready to learn how to speak Japanese language? If you are, let’s start for the basic.

Japanese language is also known as Nihongo, where “Nihon” means “Japan” and “go” for “language”. The Japanese language is a lot different from any world languages such as English, French, German, Spanish, Arabic, or any other Indo-European language. It is also a distinct language among Asian languages like Chinese, Korean, Hindi, Tagalog, etc. Though Japanese language borrowed its writing system from the Chinese language, yet they are both sound completely different. This language can be quite complex and subtle, that often integrates a cultural aspect that foreigners may sometimes have a hard time understanding this language. But don’t worry I’m gonna teach you the very basic for this language. Just follow me through.

Trying to learn this language is hardly possible too if you don’t pay much attention to the culture of Japan. You will notice many such case as you gonna improve your Japanese skills.

In English language, we use the Roman alphabet. However, the Japanese uses three systems.

You must also understand that learning this language don’t give you a choice of which one you want to use. Of course, it’s not. You must learn all of these systems in order for you to become a fluent speaker of Japanese language. Even if you only wish to speak the language, it’s also a must that you need to understand the differences amongst its writing system and how they are being used.

Hiragana is what we call the original Japanese alphabet. It has 46 basic forms in modern Japanese with which you can transcribe any Japanese sound. As a matter of fact, each form is a syllable of the language (te, ru, mi, etc.)

This writing system can be used in several situations:

Hiragana characters look like these on the chart below. They can easily be recognized by their rounded shapes. 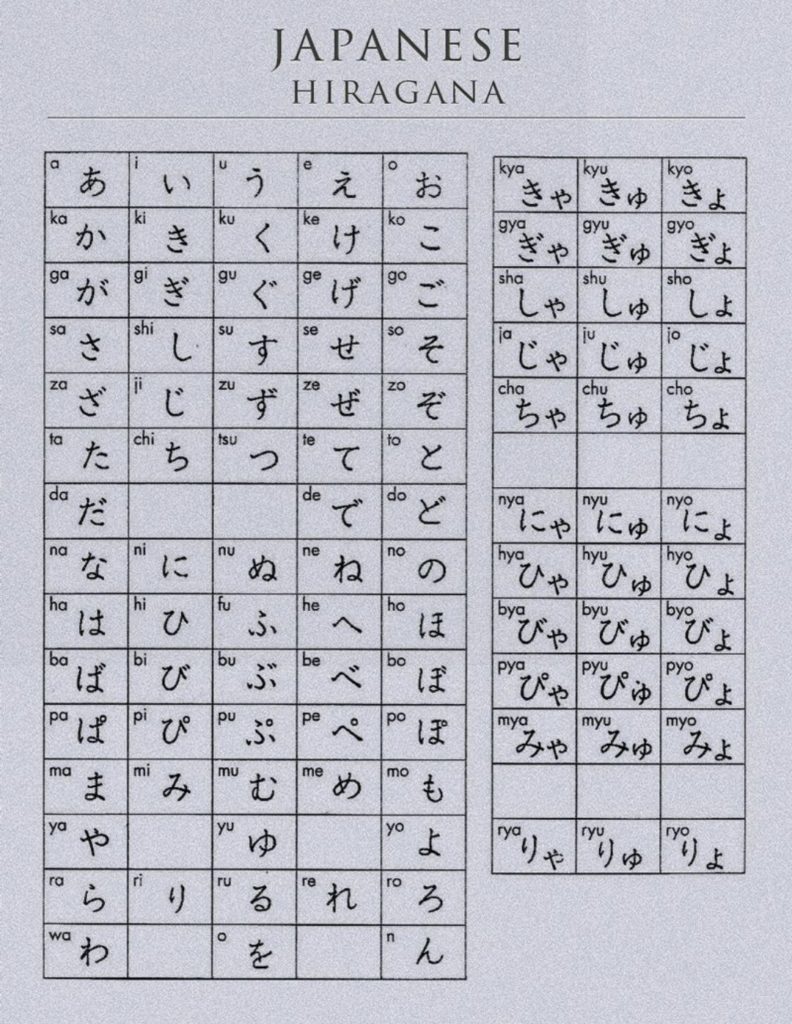 Katakana is very similar to Hiragana, but it has different characters for each form. For each Hiragana character, a tantamounting Katakana character also exists. However, Katakana is used in a completely different situations.

Here are some instances you need to use Katakana:

Katakana looks like these characters on the chart below. They are easily recognize by their sharp shapes. 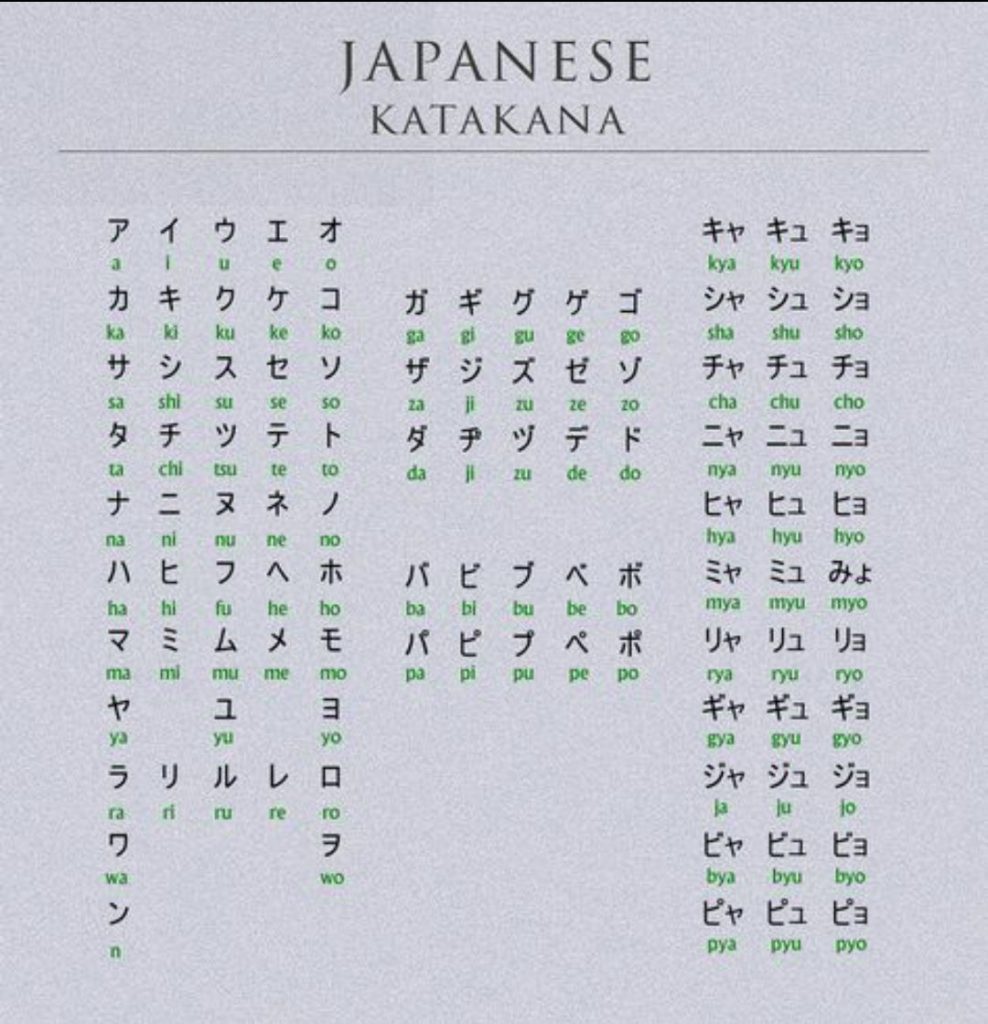 Kanji is the third writing system of Japanese language. It literally means “Chinese character”. Some of them are much alike with Chinese characters, others are a little different because of the distinctive historical evolution of each country. As China was a prestigious nation in antiquity (Silk Road), Japan borrowed their writing system.

There are many Kanji characters to think of, and they constitute one of the main difficulties for each Kanji. All you need to do is work smart and read them in words, in that way you’ll learn tor recognise words and their meaning in a sentence. This is how pupils are taught Kanji characters in Japanese schools. If you will individually learn them, you’ll waste much time learning uncommon pronunciations.

When leaving a school, a young Japanese should know about 2000 Kanji. A grown-up knows about 3000-4000 of them. A Japanese literature teacher can know as many as 7000 Kanji.

For each Kanji, you must learn these:

Sometimes the pronunciation of a Kanji is indicated using small Hiragana characters on the top or bottom of the Kanji. These are also often seen in books or TV programs for children, or when the Kanji maybe hard to read.  These small indicators are usually called as Furigana. 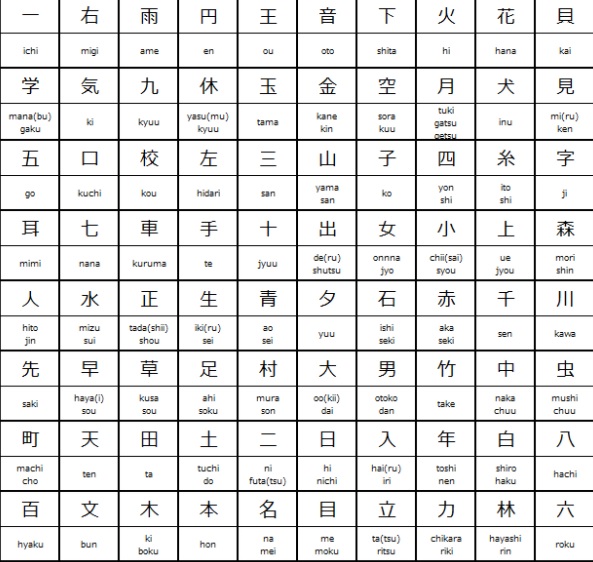 Using Romaji, it will help you learn how to speak the language faster. But this approach is not advised, since it will prevent you from finding a good dictionary (most of them only exist in Hiragana and Kanji). That’s why you should at least learn the Hiragana and Katakana characters beforehand.

Romaji can be written with two o’s because it’s a tense vowel. But you’ll see it often written as “Romaji”, “Rōmaji”, or “Rômaji”. There exist several variations of Romaji indeed. The importance is to stay consistent and not mix them. The only mistake you’ll probably make is to say RomaNji instead of Romaji, which is very wrong!

Here are the following tips you need to consider while learning Japanese language:

That’s all for 1st lesson!

Take my quiz for your evaluation.

Hope u had learned a lot