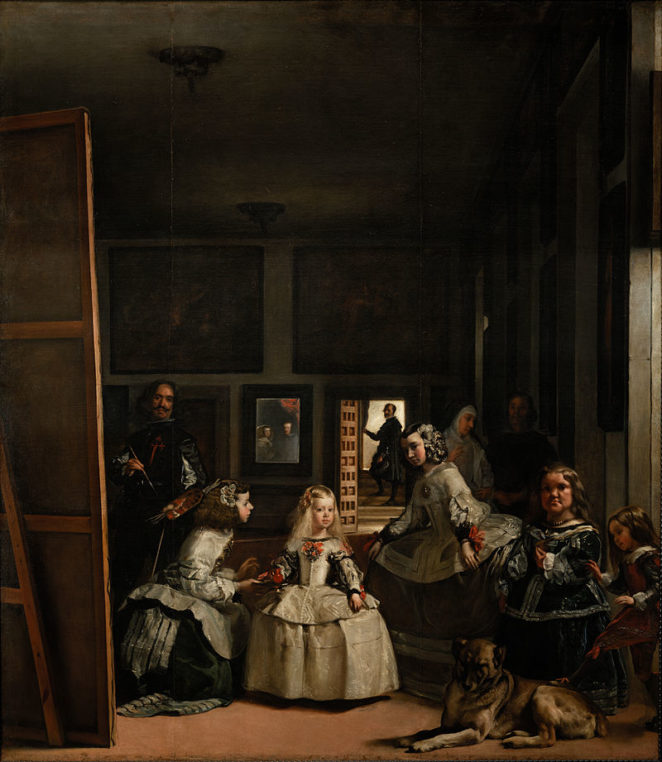 Velasquez last picture which is still the subject of debate many critics “Las Meninas” ( “Las Meninas”) was painted in 1656. In recent times, has been described as “the crowning achievement Velasquez, highly self-conscious, calculated demonstration of what painting can achieve, and perhaps the most astute comment on the possibilities of painting on an easel ever made.” Its complex and enigmatic composition raises questions about reality and illusion, and creates an ambivalent relationship between the viewer and the figures. This work shows the young princess Margaret, the only survivor of the royal children, bathed care of their maid. With the princess’s right, with a palette and a brush in his hands positioned in front of the canvas, is Velasquez I gaze fixed outside the frame image in the viewer. On the wall behind the painter standing mirror in which can be seen figures of King Philip IV and his second wife, Mariana of Austria. On the back wall are pictures of Minerva recognize that punishes ARAHNE and Apollo’s victory over Marsyas. In both stories appears Minerva, goddess of wisdom and patron of art. These two legends are the stories of gods, mortals who provoke and suffer dire consequences.