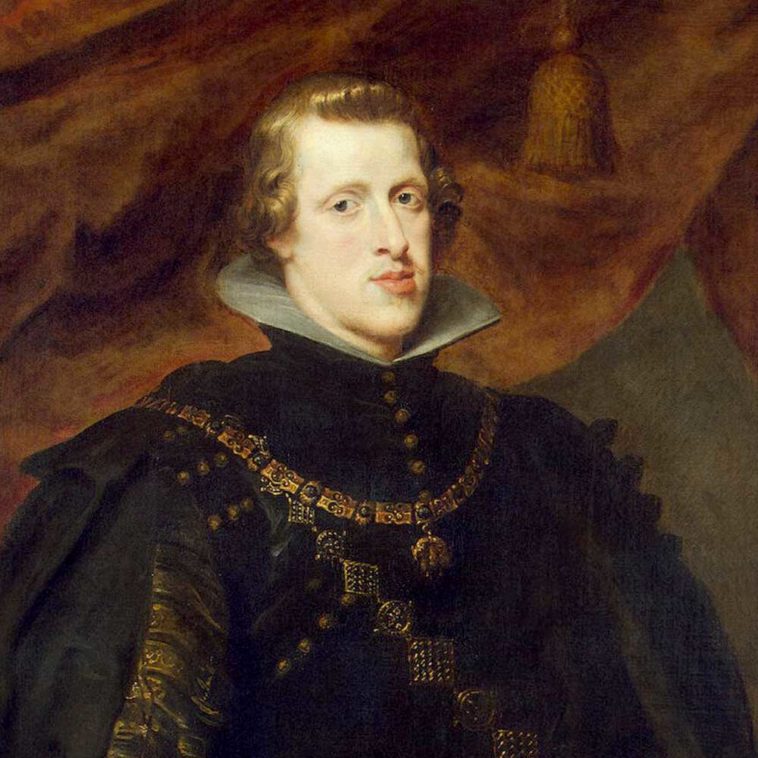 Born: 1268 (sometime between April and June)

Wife: Joan I of Navarre

Other Titles: Philip I of Navarre, Count of Champagne

Philip was born to the House of Capet at the Palace of Fontainebleau in Seine-et-Marne. His father was Philip the Bold, the eldest son of Louis IX, and Isabella of Aragon (modern Spain). When Philip was two, his father became King Philip III and his elder brother Louis became heir apparent upon his grandfather’s death. Louis died in May of 1276 making Philip the heir apparent. That same month his younger brother Robert died, leaving only Philip and his younger brother Charles.

It is very possible that Philip’s brothers were poisoned by their stepmother, Marie of Brabant. Her son, Louis, was born the same month the two boys died and she might very well have wanted them to succeed the king.

Philip was nicknamed the Fair not because he dealt with people in a reasonable manner but because of his appearance. His friends and his enemies had other nicknames for him. Bernard Saisset, bishop of Pamiers and one of Philip’s opponents, said of him, “He is neither man nor beast. He is a statue.”

Philip was educated by Guillaume d’Ercuis, his father’s almoner (the person who distributed alms). Even while still a prince, he negotiated the safe passage of the royal family out of Aragon following the unsuccessful Aragonese Crusade.

There is some confusion over how old Philip was when he ascended to the French throne. It is thought that he was 17 but, according toThe Life And Times Of Jacques de Molay, he was only 16.

Philip set out to strengthen the monarchy regardless of consequences. He relied on professional legalists to advise him rather than other nobility. Philip moved the monarchy from one who ruled as a result of popularity to a bureaucracy. This was a good move for him because he was not popular. The public viewed him as aloof and many of his policies were quite unpopular.

On 16 Aug 1284, Philip married Joan I, Queen of Navarre (1271–1305). Joan  brought Champagne and Brie, adjacent territory, to Philip. The land was only under the control of the king of France only as long as Joan or her three sons were alive. Since Philip was not Joan’s heir so he had to bargain with his granddaughter, Joan II of Navarre, in order to retain control. He gave her land in western Normandy in exchange. Philip also added Lyons to his realm in 1312.

Edward I, King of England and Duke of Aquitaine, was Philip’s vassal. However, following the Fall of Acre (1291), Philip’s former allies began to dissent. As a result of an incident at sea between the English and the Normans, Philip ordered Edward to appear before him. Instead Edward sent ambassadors who were turned away. In response, Edward then sent his brother, Edmund Crouchback, who also happened to be Philip’s cousin and step-father-in-law, to negotiate in an attempt to avert a war. (At the time Edward was betrothed to Philip’s sister Blanche, and, if the negotiations were successful, Edmund was to bring her back to England.

Agreement was reached. Edward would relinquish Aquitaine to Philip and Philip would forgive him and restore his land after a grace period. In the matter of the marriage, Because there was a substantial difference in age between Edward and Blanche, Philip obtained control of the province of Gascony and the wedding would be delayed until the re-granting his French lands to Edward was accomplished.

Philip had lied, however. He had no intention of returning the land to Edward. Edward kept his part of the bargain but Philip stripped Edward of his French possessions saying that the English King had refused Philip’s summons. Hostilities with England were initiated in 1294.

Philip had also made a pact with the Scottish who would assist the French against Edward. Philip and Edward fought to no effect over Glascony from 1294 to 1298 and from 1300 to 1303. Philip took control of Guienne but was forced to return it.

To pay for his military campaigns, Philip arrested the Jews and seized their assets. (Many of these Jews had previously been exiled from England by Edward in 1290.) On 22 Jul 1306, he expelled 100,000 Jews from French territory in what is now called The Great Exile of 1306.

Philip also confiscated the wealth of wealthy abbots and merchants and bankers from Lombard. They had loaned him a substantial amount of money which Philip did not want to repay. The bankers were also expelled from France and their property seized. Philip also debased the French coinage by two-thirds. This led to rioting in Paris forcing Philip to seek refuge for a time in the Paris Temple, headquarters of the Knights Templar.

Philip Versus Pope Boniface VIII and the Knights Templar

Pope Boniface VIII condemned Philip for his ostentatious lifestyle. When Philip responded by taxing the French clergy of half of their income, Boniface responded by issuing the BullClericis laicos, which prohibited the transfer of any church property to the French king.

Philip convoked an assembly of bishops, nobles and grand bourgeois of Paris to condemn Boniface and sent sent William Nogaret to arrest Boniface at Anagni. A French archbishop, Bertrand de Goth, was elected pope (Clement V) and the papacy was moved to Avignon where it was surrounded by French territories. This became known as The Babylonian Exile of the Church and is generally considered to be the lowest point in the church’s history.

Philip had borrowed a substantial amount from the Knights Templar, a monastic order whose established to protect of Christian pilgrims in the East, and wanted to avoid having to make repayment. To accomplish this he used a trumped up complaint made against the order as an excuse to act against them, also charging them with heresy.

On 13 Oct 1307 hundreds of Templars were simultaneously arrested by agents of Philip who tortured them until they admitted to heresy. Philip had Clement, his pawn, disband the order. Although Clement attempted to hold proper trials, Philip used the confessions to have many of them burned at the stake before they could defend themselves. In March of 1314, Philip had the last Grand Master of the Temple, Jacques de Molay and Geoffroi de Charney, Preceptor of Normandy, burned at the stake.

About a month later Pope Clement died a painful death, thought to be lupus, and, within eight months, Philip died in an accident, was viewed by the people as being God’s judgment against them.’