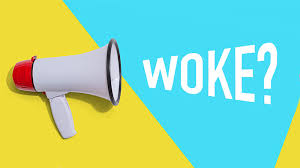 I don’t know what ‘Woke’ is supposed to mean, I only know that if you tell me a show is ‘woke’, I won’t watch it. I believe a law was passed in the United States which states that every show must have:

Some shows pop in one black lesbian so complete the task.

Now it isn’t that the  character who fills the 3 law, be it a doctor or a police officer or a fireman is simply a character fulfilling the role;  there has to be same sex slamming.

Regardless of the plot, the events, there must be same sex slamming (SSS) in every episode.

I recall having watched NCIS and NCIS-LA and NCiS NO that I actually looked forward to NCIS Hawaii… thought it would be a mix of Hawaii 50 and NCIS.

The plot was secondary because the need for the 3 Law to be followed had me turn off that 1st Epi and never return.

As I foolishly thought this was a show about a fire station, a hospital, investigators, I immediately admit my error and lock off, and never return.