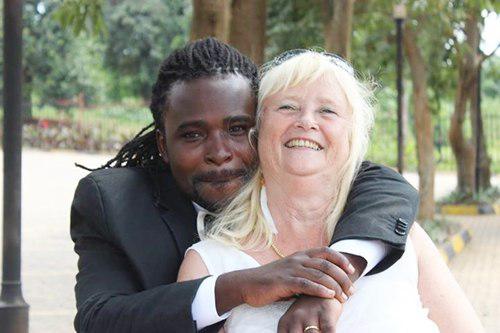 In some countries, marrying younger than their real age doesn’t connote any malice. Marriage is not a one-sided agreement. It should always come into duel agreement for a couple to think of. As they said, the two souls can never break down despite the age gap difference. However, these people are tagged as “cradle snatcher.” It seems undesirable to hear from other people who are tactless in nature. The real fact cannot be denied. A unique relationship always needs to prove and be accepted in society.

Asian countries usually have a typical notion about a one-of-kind relationship. It takes a lot of arguments between the couple’s families. This is always evident to some old folks who think traditional. It takes all the pressure for the couple to stay strong enough to prove that their love cannot be broken easily. For some old folks, they have the three (3) roles of a “cradle snatcher” pertaining to women:

Some old folks claimed that a young man is not matured enough to handle a family especially marrying an older woman. An older woman can manipulate the young minds of a man. It seems so unfair for the old folks to think about the nature of the relationship between a young man and a “cradle snatcher.” In scientific evidence, they claimed that women matured early than their opposite sex.

For the wrong notion, the relationship is plainly a friend’s connotation. The mere fact, special affection always starts to be friends and blossoms to decide on getting married despite the age-gap differences. Others will think nonsense at all to perceive as a platonic relationship and don’t need to marriage level.

The unexplainable thing is that some people described the nature of the relationship as man is just looking for a mother-figure. It wasn’t a pure typical wife and husband relationship. The man is picturing an image finding the care of a mother and not as wife material.

The 3-in-1 roles of a “cradle snatcher” is seemingly not true. The worth of getting married is not like snapping of fingers to officially be together. However, the close-minded old folks cannot digest the idea for an older woman to be married to a younger man. It appears to be unfair to either side of the couple. As the years go by, the wrong notion will change into acceptance the real fact of getting married and it does not depend on age differences.