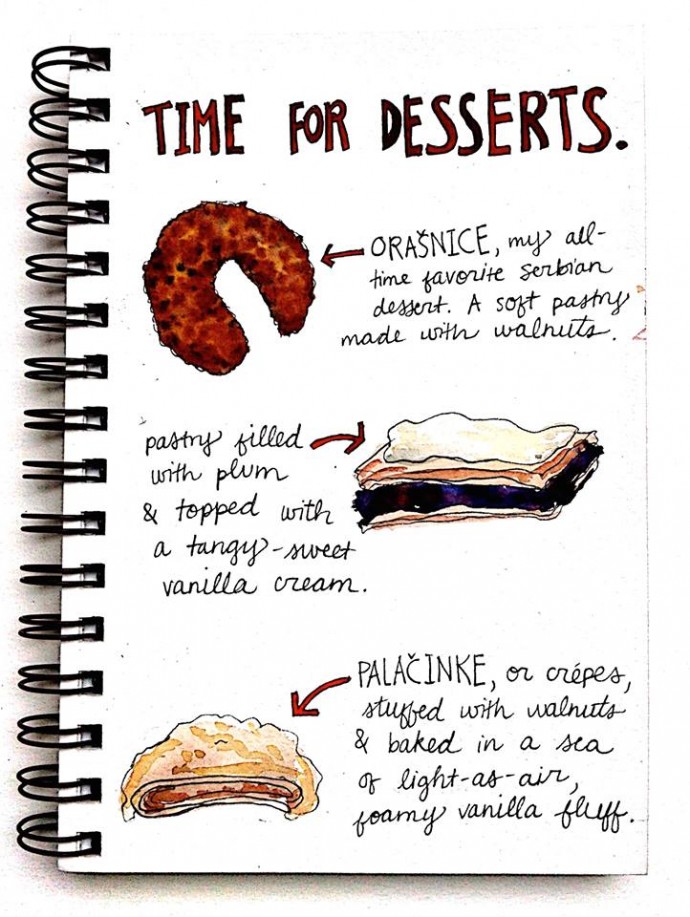 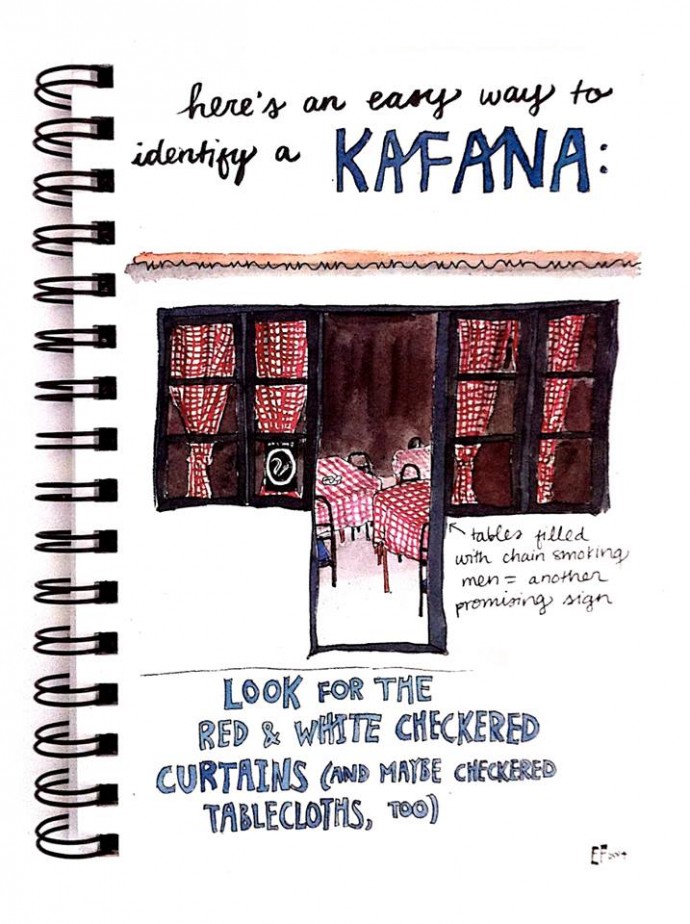 Ema Fik, an artist from America, she spent years living in Serbia and traveling through it, and their impressions of the show in a series of illustrations cutouts Serbia. In these works she has skillfully captured the essence of everyday life, the mentality of the people, and the different situations and personalities that those who live in the Balkans hardly noticed, but that certainly left a strong impression on a stranger. Clips Serbia are actually a kind of guide to this country, its people, culture and tradition – here you can find the culinary pleasures typical for our region, shows sellers and colorful goods to markets, a guide through the different customs, celebrate the Orthodox Christmas, portraits of public transport , representations of cities and monasteries impressions of different people and situations – all of this presented to the eyes of a foreigner. Ema Serbia did not happen purely by accident. Actually, her family history associated with this country and its people – during the Second World War, the aunt of her grandmother was married to a Serb who managed to her family of Jewish origin transferred from Vienna, where they lived in Belgrade, and then they and paid way to America, rescuing them from what is happening in Europe. For generations later, in 2013, Ema came to Serbia first to teach English, and then from their experiences create this illustrated guide. Also during his travels and was able to find the grave of his čukunbake who lived and died in Serbia