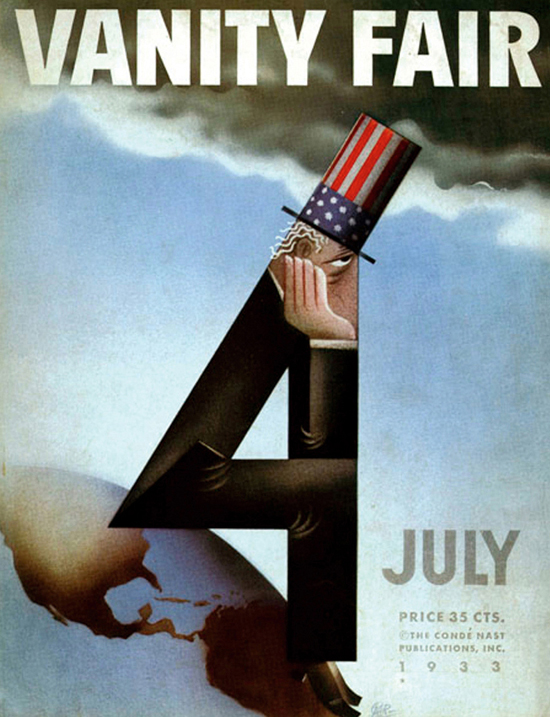 Graphic designer who wore a monocle, adored his snuffbox and elegant lapel wearing handkerchief worthy of a miner. He was an electrician amateur obsessed with chess. Fluent in Turkish, Russian, English, French, German and Greek. This smart, charming, funny Doctor of Economic Studies, pushed the boundaries of design magazines Vogue and made us what we know today. Before the Great Depression in 1929, popular magazines and advertisements in them spread throughout the world the image of America as a beautiful, powerful and modern country. However, most magazines resembled each other, with the same arrangement of columns of text, images and illustrations. Conde Nast, a prominent New York publisher, he wanted to change the tradition.

Seeing the problem related to the appearance of the newspaper, he decided to introduce his organization position “artistic editor” person in charge to complete the visual identity of the magazine. Unfortunately, he could not find the right person for the job – a daring and innovative, it would radically changed approach to designing the cover and pages. After several failed attempts with local designers, Nest has traveled to Europe for Americans center of modern culture and sophistication. He toured European capitals in which the issue of his magazine Vogue, and Berlin met Mehmud Fehmi Agu: young Russians of Turkish origin, who originally worked for French Vogue, where he was sent to Germany to be the main designer of the local editions. Nest was delighted with his intelligence, understanding technique photography and printing, as well as innovative ideas that he presented. That’s Nest 1929 Agu brought to America and set it for the art editor of Vogue, House & Garden, and Vanity Fair. Vogue and Vanity Fair late twenties were leaders in their domains of publishing, but they still lag behind its competitors in the visual concept and design.

Aga has introduced radical changes. As a new graphic element introduced by the photo that comes from Margate, izrotiranu angles, as well as the term “duplex”, black-and-white photos printed in two colors. He rejected the traditional look of Vogue, favoring the elegant art deco. He switched the font “italic” Non Serif fonts like “future” to create an immensely readable content. He threw all the design elements that were borrowed from other magazines, and in 1932 he first used color photography in the fashion magazine. He was aware of the appearance of avant-garde and encouraged its designers to apply constructivism in their conceptual solutions. Thus, the magazine presented as a modern medium that follows the trends and changes with them, and today trends and imposing.

He began to deal with the newspapers so they are side by side the two sides became artistic whole. Simply put, magazines before him were only in content differed from the newspaper, and look to them was exactly the same. Doctor Aga is the man responsible for this is that magazines are what they are today, to be visually appealing, sometimes putting the actual content of the text in the background.