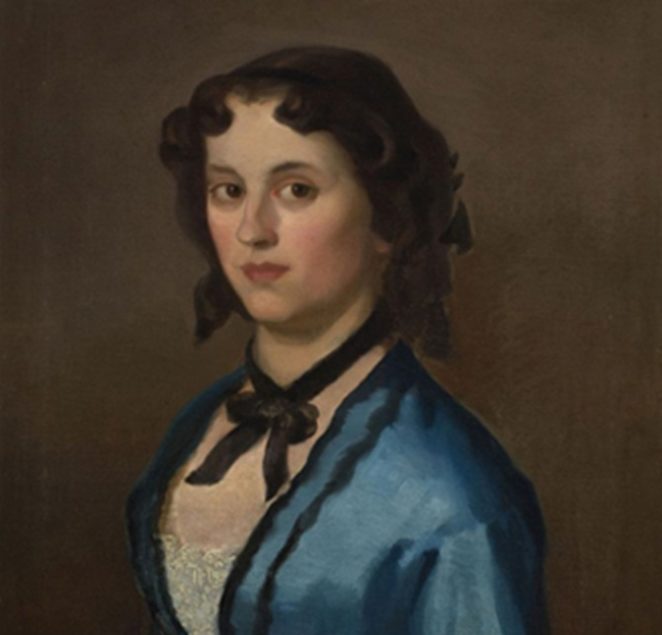 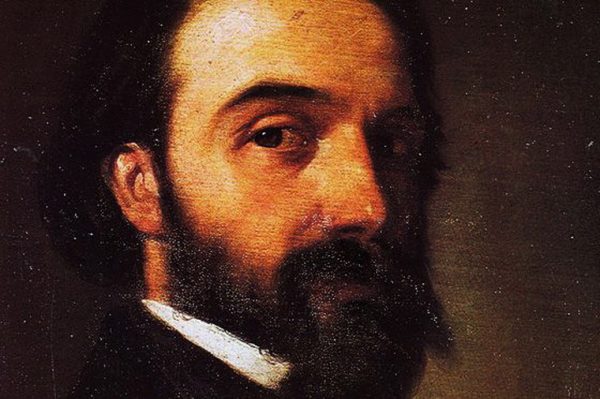 Shifting the service from a small town to small town, all the way to the big city, Serbian writer, poet and painter Djura Jaksic bohemian spirit and settled in 1855 in Kikinda. The Company had, like everywhere else, the rules tavern where the drinks requested beg, solace and inspiration for their songs. It was in a tavern Kikinda met her first, never forgotten love, which will then become the inspiration for one of his anthological song and a famous painting masterpiece, shining portrait “Girl in Blue”. Djura finds himself in Kikinda, in October 1855, shortly after the unforgettable moments with the dragon in Vienna and a half years of studying painting in Munich. “How did I not I do not know” – he contacted a friend Djordje Popovic, editor of the “Week” in Novi Sad. He was only 23 years old – “full of poetic fire, but still in fermentation.” He hoped that in Banat town will be able to live from painting – from “paintwork” icons for churches, saints of family portraits of the rich. But, greeted by a cold Kikinda, away from each art. Subsisted in the house Save Prekajskog,  and in neighboring yards, “rose up haystacks and everywhere smelled of dung.” In the room with the street  how to call your poor studio Đura the “paintbrush working, earning bread itself, a pen again gave vent to his feelings.” Djura day stands alone, a winter evening conducted at the inn “When white cross,” the voice in the town, where they were drinking good wine and bermet from Karlovac.

Unexpectedly, that he’s gotten a new muse – love. At the Inn Lazar Popovic were his daughters Mila and Ana. “They serve, they charged for, they had fun, but … one, or she – Mila – and attracted guests “- revealed Branislav Nusic still landlady 1907. Mila Popović,” young, beautiful, fiery eyes, thin waist “was used and Djourou who mostly drank alone in the corner tavern. These moments Nušić captures the scene as the stage: “She never said anything, but when it was empty cup, he did not want others to serve him, he waited until Mila pass at the table while she silently added glass.

And when he made it full of pale iđoškoga rampas, he told her he looked deep into her eyes, looked at me and drank a glass to the bottom “. Djura so much stared at Milu “that the thoughts to marry her,” but he had “the courage to reveal his love to her … well that Mila and showed interest in him. He is after all day at a desk or on hratiji drew a picture of her and that so many reported that they had memorized radio, which is very gratifying Mili “- claims Milorad Pavlovic, and these fragments of his records from 1925-like introduction to the emerging portrait “Girl in Blue”.

Elated Milo, Djura  again, after a long silence, but occurs Popovic in Novi Sad: “The Songs I  God  a more” Djura … Love does not break out of the inn: there is Mila, Ana there. Mili, 21, 19 years old Ani. And one day – the story Nušić – Mila disappeared, went to the guests: “She was away a tenth day, but it seemed Duro … it will never come back.”