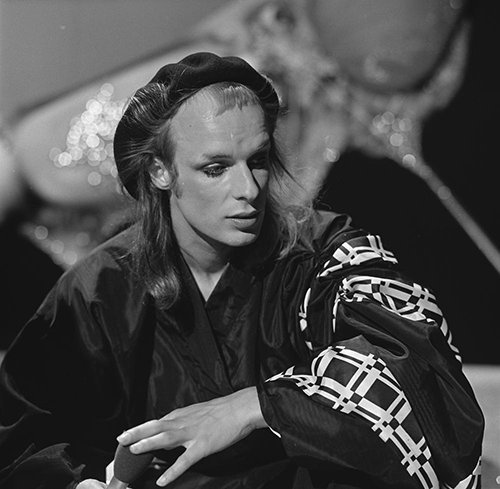 Ino started his career as a keyboardist in a rock band Roxy Music, but quickly turned to a solo career and experimental music. Architectural approach to music and let it develops slowly, in layers, often without too much emotion – Ino father of ambient music. Music for the space. In addition, he began a production career, carefully choosing musicians who shared his interest in cooperation. Ino just found himself David Bowie when the late seventies decided to get away from the large scenes and drug trafficking – in Berlin together recorded three albums that belong to the most ambitious part of Bowie’s career. The impact of Ino at that time had the great Bowie is reflected in the songs “Subterraneans” from the album Low. As we see, Ino he could be a very dominant person – just vain rally with Bryan Ferry took him out of Roxy Music. On the other hand, Ino got a lot of conviction as a man who has quarreled Talking Heads. Together with their frontman, David Brno, he did a very funky album full of strange samples and instruments called My Life in the Bush of Ghosts. After a very successful album War, U2 are worried that they could become another’s Arena uniform million bands and decided that for their fourth album plant turnaround and Brian Ina call for help. He came with his technician Daniel Lenuaom rolling her eyes to the music of U2, with the intention that it work bay. Bono, however, managed to convince him that U2 had “a lot of lyrical spirit” and that it interested. Meanwhile, the head of their record label them prayed and Kumi not to do so, convinced that the group is on the verge to achieve the pinnacle of success and will be Ino “buried in some sort of avant-garde noise.” In the end it turned out to be a great instinct served U2 and The Unfogettable Fire album proved to be a watershed moment in which the band is “matured”. On the other hand, a mature songwriter – Paul Simon, although Inov contemporary, for the first time worked with him in 2006, the Surprise, their eleventh album. As “the author sonic landscapes” on the album, Ino has breathed new life to the aging and Simon showed that talented composer can still surprise. We shall end only bowed and Inovoj ambient side and a typical music for his solo work. It is (for Inova standards) brief but effective song “Evening Star” with one of the most important innovators of guitar sound in rock music – Robert Fripp.