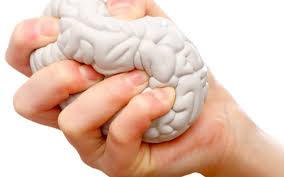 It is kind of funny.    Before the mid-70s, everybody smoked just about everywhere.

If you watch a movie made from 1930 up to the late 70s, even a television program;   just about everyone smoked and NO BODY who didn’t smoke bothered anyone who did.

The whole; ‘false cough false cough, smoking effect me’  is a new phenomenon.

I can recall people smoking in elevators, court rooms, lecture halls,  and every public place, and there was never anyone who came up with; ‘smoking effects me’.

Since the ban on smoking, everyone and their poodle makes this false cough and says their mantra.

You could be standing outside, in traffic, with cars pushing by, some dumping black smoke, and some gal will see you with a cigarette and do the false cough.

I know people who have smoked for decades, but don’t smoke in public.  And no one knows they smoke.

I know people who used to smoke and quit and those who don’t know they quit will do the false cough as they near and the ‘cigarettes effect me’ whine.

The same people who could stand babbling among smokers thirty years ago, now can see a person thirty feet away smoking and do the false cough.

People are so suggestible,  their brains so easily manipulated, they can smell smoke even if you are chewing on a white pencil.