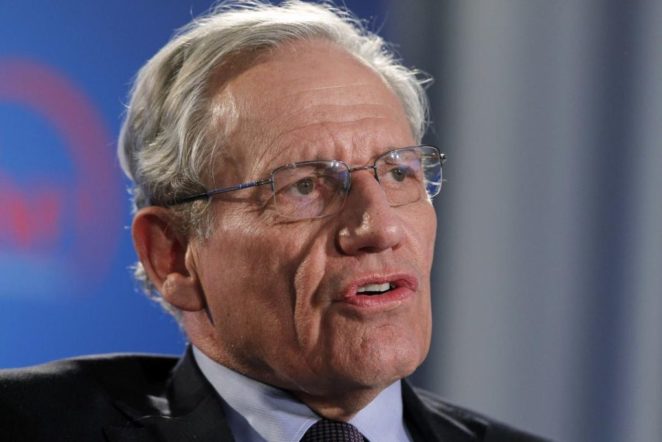 Bob Woodward has worked for the Washington Post since 1971.  He teamed with Carl Bernstein in 1972 and they uncovered what became the Watergate Scandal which led to the resignation of President Richard Nixon.

He is a highly respected journalist.

Bob Woodward served in the Navy.   He qualified to attend Harvard Law School, but chose instead to become a reporter.

I begin with this background so that one comprehends that this is not a whacked out loud mouthed publicity seeker who never contributed to society.

His journalism enabled the Post to win two Pulitzer Prizes.

On his own he has won nearly every major American journalism award, including the Heywood Broun  award (1972), Worth Bingham Prize for Investigative Reporting (1972 and 1986)  the Sigma Delta Chi Award  (1973) the George Polk Award (1972) the William Allen White Medal (2000), and the Gerald R. Ford Prize for Reporting on the Presidency (2002).

Again, this is to enable the public to comprehend that this is not a emitter of ‘Fake News’  this is not someone who can easily be demeaned and insulted by an erratic clown with a weak grasp on reality.

The book,  Fear; Trump in the White House by Bob Woodward is not to be dismissed.