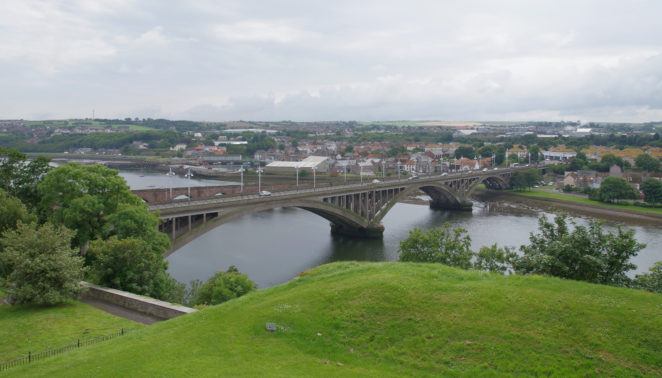 Berwick-upon-Tweed is England’s most northerly town, although that has not always been the case because it has changed hands between England and Scotland no less than 13 times in its history. Having said that, it has been part of England ever since 1482 so that argument would appear to be over.

Even so, the town’s status is odd in several respects. For one thing it lies on the northern – Scottish – side of the River Tweed. For another, the former county of Berwickshire was in Scotland, and Berwick Rangers Football Club plays in the Scottish League, not the English one.

Stranger still is the fact that for 110 years Berwick-upon-Tweed was (it is said) at war with Russia when this did not apply to either England or Scotland! How so?

As mentioned above, the status of the town was in dispute for much of the medieval period, which made it necessary to quote the name of the town specifically in all state documents. This tradition continued for hundreds of years after the final settlement of Berwick’s status in 1482.

The “Hundred Years War” between Berwick and Russia turned out to be a remarkably peaceful affair, with no shots fired and no residents of the town being seized as potential spies should they have ventured to Moscow or St Petersburg.

The anomaly was eventually sorted out in 1966 when a Soviet official made a goodwill visit to Berwick to declare peace and the mayor of the town replied: “Please tell the Russian people that they can now sleep peacefully in their beds”.

But is the basis of this story what it appears to be? A later investigation showed that, although the 1856 peace treaty did not mention Berwick-upon-Tweed, neither did the original declaration of war. It simply did not need to. Not only was Berwick firmly part of Great Britain, along with England and Scotland, but an Act of 1746 had already made it clear that English law applied to Berwick-upon-Tweed and thus legal documents (including declarations of war) that applied to England would apply equally to Berwick.

On the other hand, it made a good story and people believed it for a very long time!