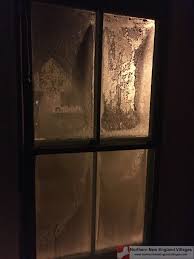 Norman stood by the window.

It was fogged, he wiped it with his hand.  The snow was melting, maybe he wouldn’t have to shovel it.

It was dark, but the street light gave more than enough illumination.

The room was small. If he didn’t need the money wouldn’t have rented out every square inch of the house he owned. But he needed the money, so instead of having an entire brownstone, or an apartment, he had a room.

One room, and three others to share the bathroom with.