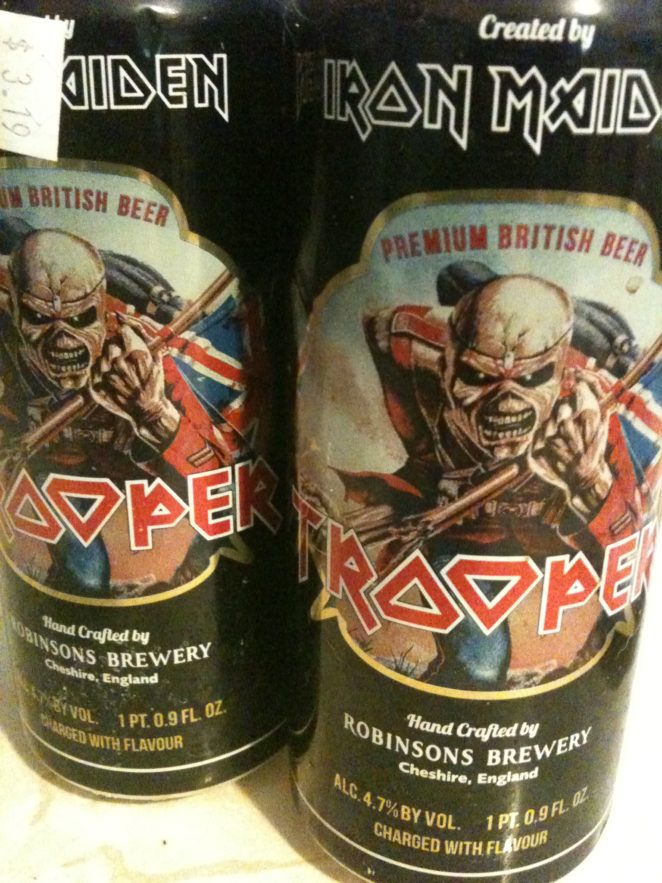 These were given as a gift to my boyfriend. He doesn’t really like beer, but he likes Iron Maiden. He actually didn’t end up drinking them. He gave them to our plumber, who apparently works for beer. But he kept the cans because he thinks they’re cool, so now I have empty beer cans for a kitchen decoration.

Also, $3.19 for a can of beer? That’s some spendy beer in my opinion. Even for handcrafted beer made in England. I wouldn’t spend that much for a can of beer. But my beer drinking days are long past. I shouldn’t judge.