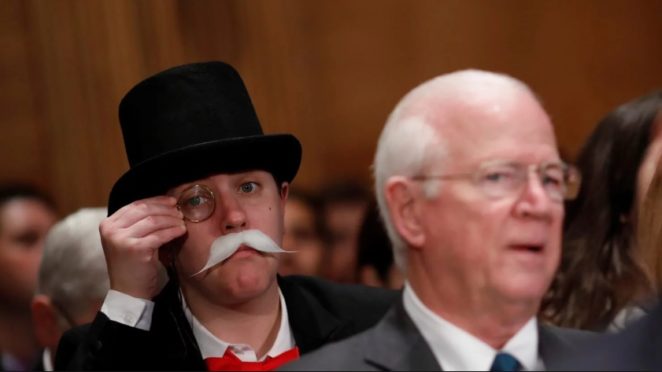 Washington December 11.  Google CEO Sundar Pichai appeared before Congress in Washington and regarding data collection, He was questioned about topics such as censorship in China. But Pichai statements Picture were viral due to Monopoly man ‘Photo bombed.

Photoboombed Aain madrigal is actually a lawyer and a social worker, who was dressed in the role of famous board game Manopoli ‘Rich Uncle Penny Bags’, with attendance during the hearing of the American House Judiciary Committee. The bag filled with dollar was part of their dress. 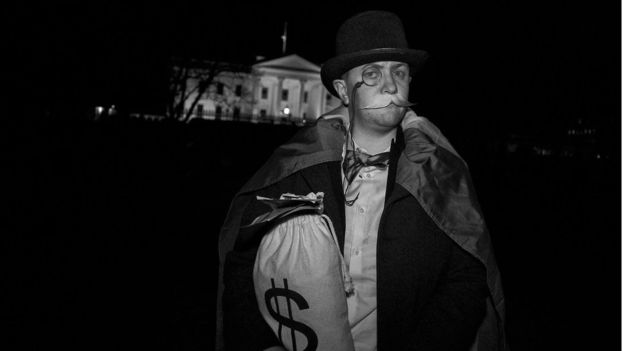 The testimony of Pichai is not for the first time, when 29-year-old Manapoli man is not wearing any glasses, wearing hats and top hats. Madrigal Said , If his dream fulfill to meet Trump, then he will forgive not to meet to Mark Zuckerburg. Madrigal says ‘Surely I would like to photoboombed them.’ but nowadays he just leave the White House to attend the rallies and these rallies are very dangerous for me. 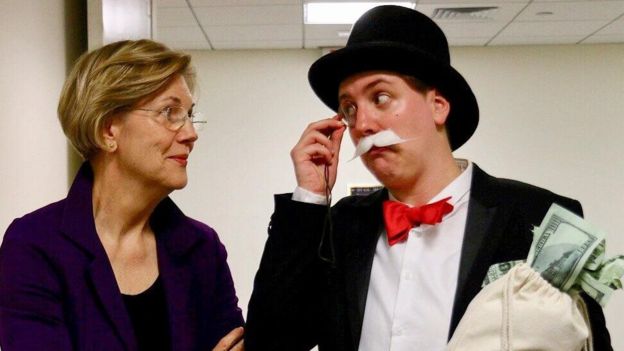 But Madrigal says that whenever he comes to intervene in a particular dress, he does not have to bear much more than seeing security officials’ People request him for selfies ,but Madrigal did not get the real popularity yet.