Massacre attack in New Zealand,  47 people were killed and several others injured in the terrorist attack on the Mosque in the Christ Church in New Zealand. The New Zealand Prime Minister has declared the attack as a terrorist.

what was written on terrorist Gun ?

Alexandre Bissonette attacked a mosque in Canada in 2017 and killed 6 people.

Skanderberg is the name of the leader of Albania, who started a rebellion against the Caliphate of Usmania. 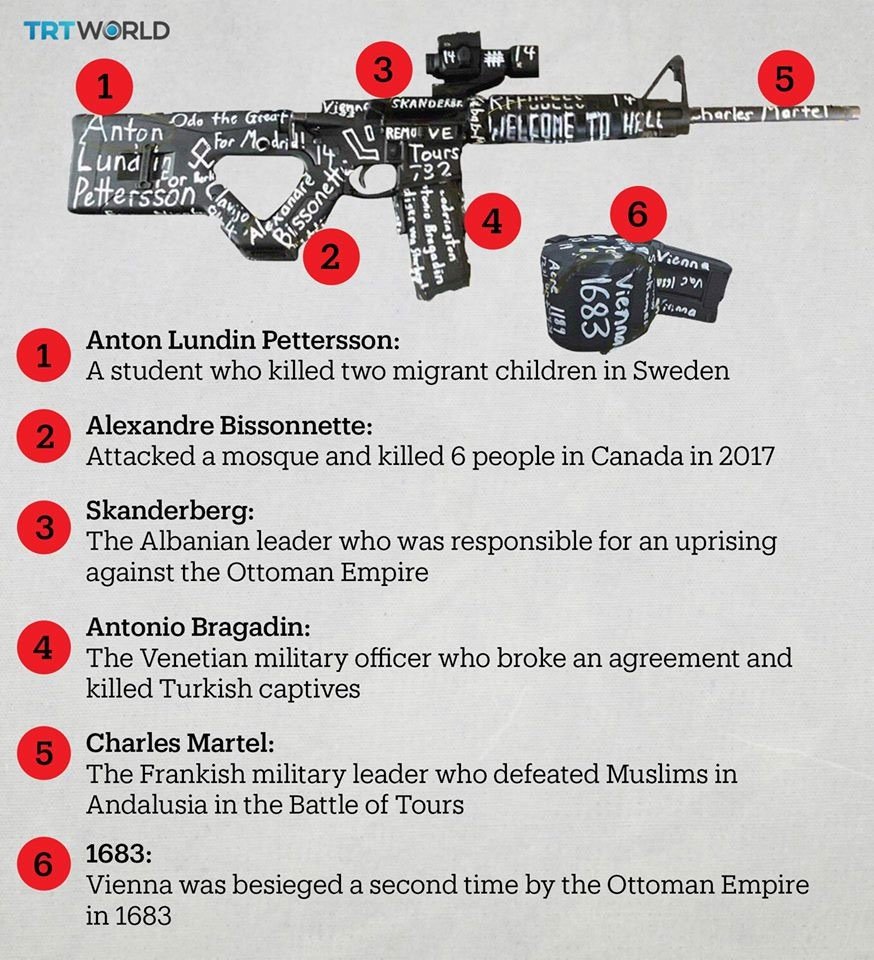 This is the name of the military officer of Venus who violated a deal and killed the Turkish citizen in their custody.

This is the name of this fighter military leader who defeated Muslims in Bilath Shuhada.

In 1683, Caliphate of Usmania had siege Viana for the second time