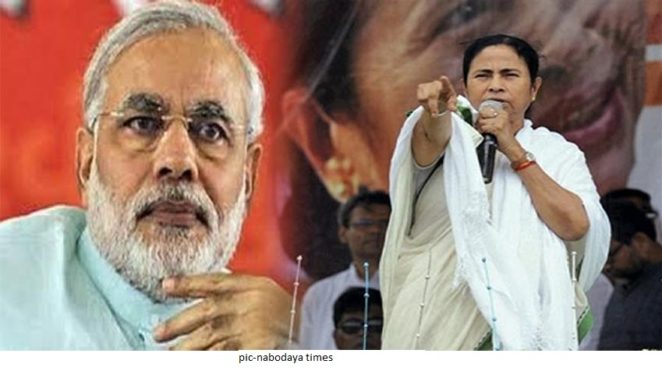 The last phase of the Lok Sabha election (Election 2019) is to be held on May 19. But before this, the land of West Bengal has been transformed into alike war zone. During the last phase of campaigning, the fight between BJP and TMC (TMC) has approched towards a dirty political situation like beating each other and even putting both party’s activists behind the bar.

Trinamool Congress (TMC) chief Mamata Banerjee on Friday targeted Prime Minister Narendra Modi during the campaigning in Mathura on the last dayof campaigning.She further said that if the Prime Minister is not giving evidence of what he is saying then I will send him to jail. The TMC president (TMC) did not stop here, she also attacked the Election Commission (Election Commission) and alleged the commission as BJP’s brother.

Mamata Banerjee attacked the PM Modi and informed that PM Modi has said that he will make the idol of Vidyasagar. He said Bengal has money to make an idol. But can he return 200 years old heritage? Mamta alleged that to speak so much lies, Modi need be punished himself in front of public.

Mamata Banerjee challenged, saying, “I am feeling bad but I do not have to say anything else. I am ready to go to jail to say this. I am not afraid to tell the truth. “

Mamta Banerjee even called the RSS as a terrorist organization in the rally and told Amit Shah a rowdy punk.

There is continuous rhetoric between TMC and BJP since the statue of social reformer Ishwar Chandra Vidyasagar has been broken during the road show of BJP President Amit Shah. Since then Bengal has completely transformed into the war zone like situation..