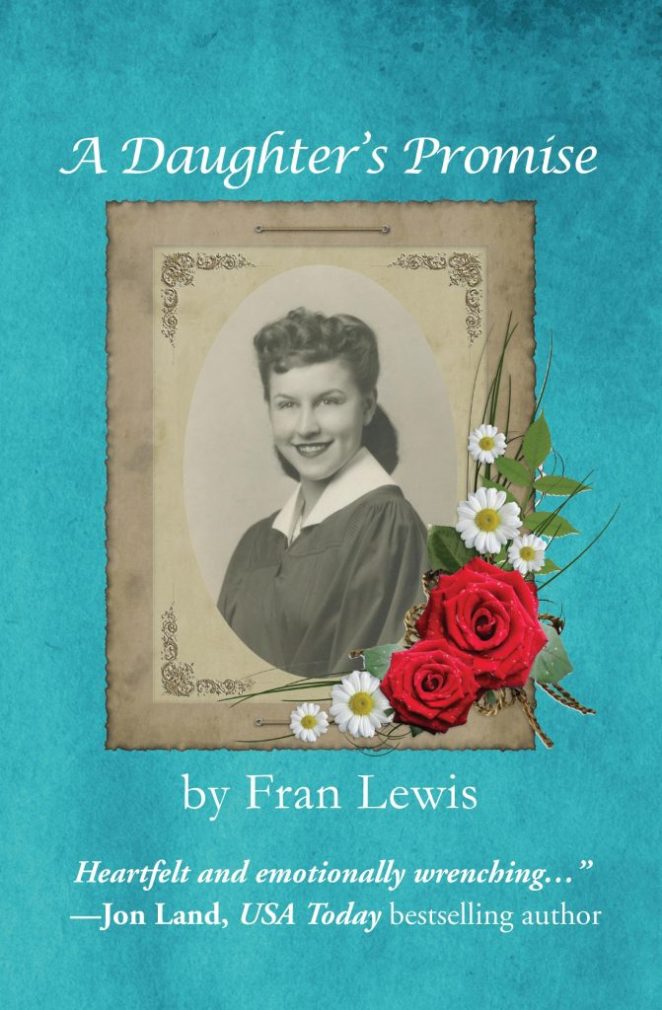 The indomitable spirit of womankind radiates throughout this revealing memoir of the author’s mother, who was partly responsible for the written text, and who proved herself so worthy to be the ultimate source of the material on which A Daughter’s Promise is based. This small volume is a worthy commemoration of a life well lived, and with each word Fran Lewis brings honor to her mother’s name. The deep sense of respect that Lewis has for her mother, Ruth, is shown in the lifelong values that the latter inspired in her. As she notes, “Perfection: that’s what she always told me. Each piece of writing, each assignment had to be done to the standards set out by my teachers and professors, and then pass the highest test, mom’s.”

Apart from being an intelligently written memoir, A Daughter’s Promise is, above all, testament to how one family copes with the gradually declining mental health of a pivotal figure who has helped make them who they are, with the root cause for the decline being Alzheimer’s—that dreaded scourge which, despite the most miraculous seeming advances in modern medicine, still has the medical experts stumped. Tracing her mother’s disease from its early days to its final progression, at which stage Ruth’s doctors were unable to assist any further in the amelioration of the disease, the empathetic way in which Fran helps her mother to cope with her steady decline in health until she is unable even to control her own bodily functions, reveals the best of intentions in the face of impossible odds.

In A Daughter’s Promise, Fran has put to good use the insights that she gained in struggling to cope with her mother’s deteriorating state of health, and ultimate demise. By sharing her findings with others, she has been able to point the way forward to others who fear being unable to deal with the onset of Alzheimer’s in their own family and friends. For instance, she provides the lowdown on the tests (the biomarker test, brain imaging and cognitive assessment) that are used to detect the presence of the disease and to assess its progression, as well as indicating the signs and symptoms of the illness, in its early, middle and late stages. Lewis also discusses survival guidelines for the embattled caregivers who only too often are expected to neglect their own health and well-being in caring for the Alzheimer’s sufferers—she encourages them to be gentle on themselves, so that they can treat those afflicted with the disease with as much care and concern as they deserve.

A Daughter’s Promise is supplemented with numerous black-and-white photos that form a photo album appended to the main text, showing various members of the family at less stressful periods in life than at the very end. The blend of memoir and self-help book for Alzheimer patient caregivers works as a whole in that Fran’s journey has been a deeply personal one. Her other two books on the subject, Memories are Precious: Alzheimer’s Journey—Ruth’s Story and Sharp as a Tack or Scrambled Eggs: Which Describes Your Brain?, bear additional witness to the fact that Lewis has benefited from her experience in many tangible ways, not least of which is her determination to fight for the best quality of life that her loved ones can possibly have, no matter the stage of their life.