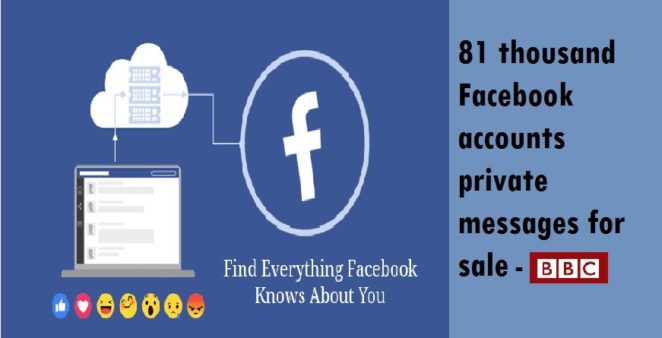 Ukraine and Russia users have the highest number of users’ data, However, some users belong to the United States, Britain, Brazil and various countries.

Hackers have also published advertisements for selling consumer data hacked on social media. The Facebook said, all the necessary steps are taken to secure the data of users, however, data that has been hacked has been derived from other browsers.

The matter of selling Facebook users data was first seen in September this year, when the data sold ad was published from an account made from FBSaler’s nickname on social media.