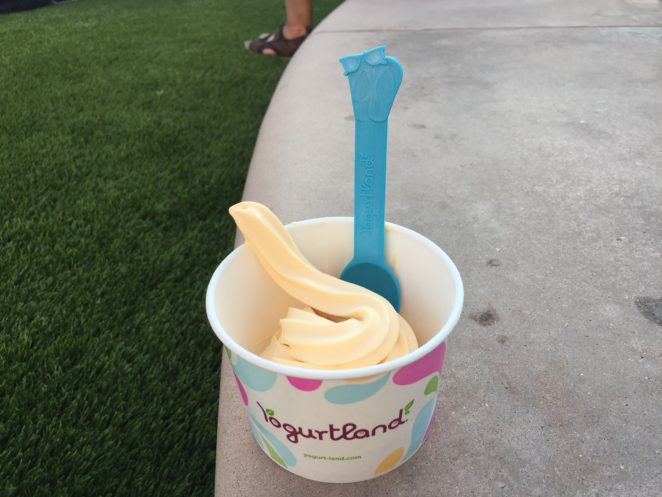 Week 1 of the Endless Summer Series Weekend Event at Irvine Spectrum Center. This event will go on for 8 weeks, during the weekends, and for around two months. Many young people were doing their Back to School shopping. But I think this Endless Summer Series is like Irvine’s annual summer carnival. Although now the remodeled Spectrum Center looks modern and contemporary as well as much bigger. There is now a playground area, by Target, where the carousel, modern monkey bars, and other kiddie games, awaits your bored kids. (I have photos from my Canon camera that I haven’t developed yet. If it comes out well, then I will post it later). 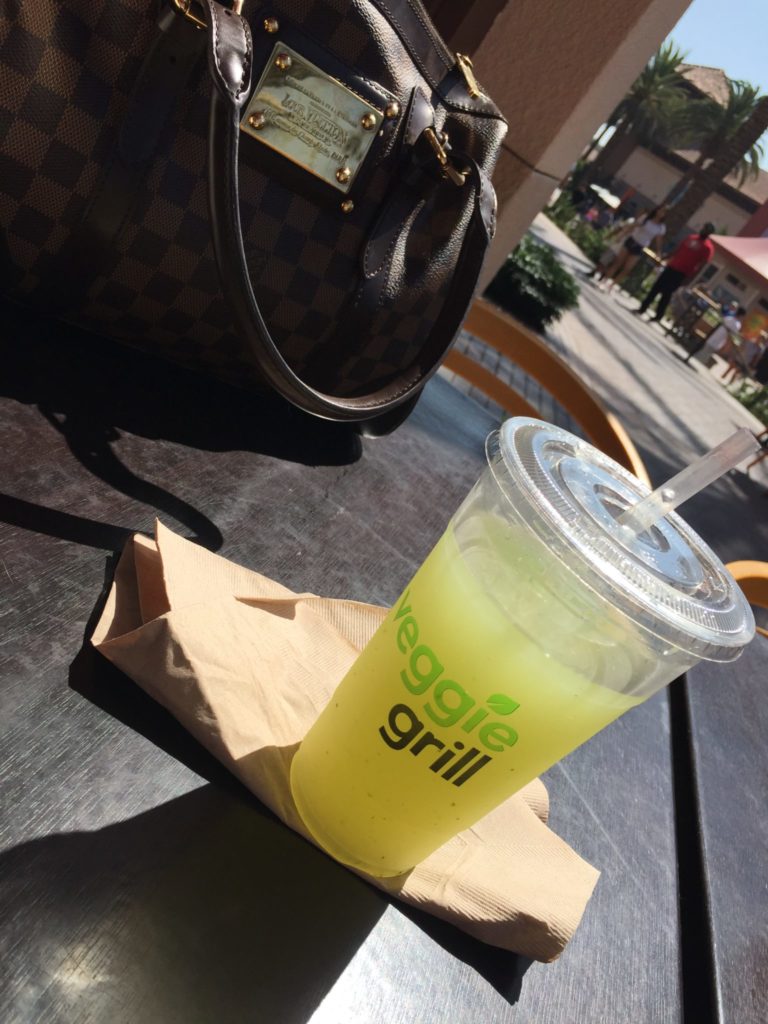 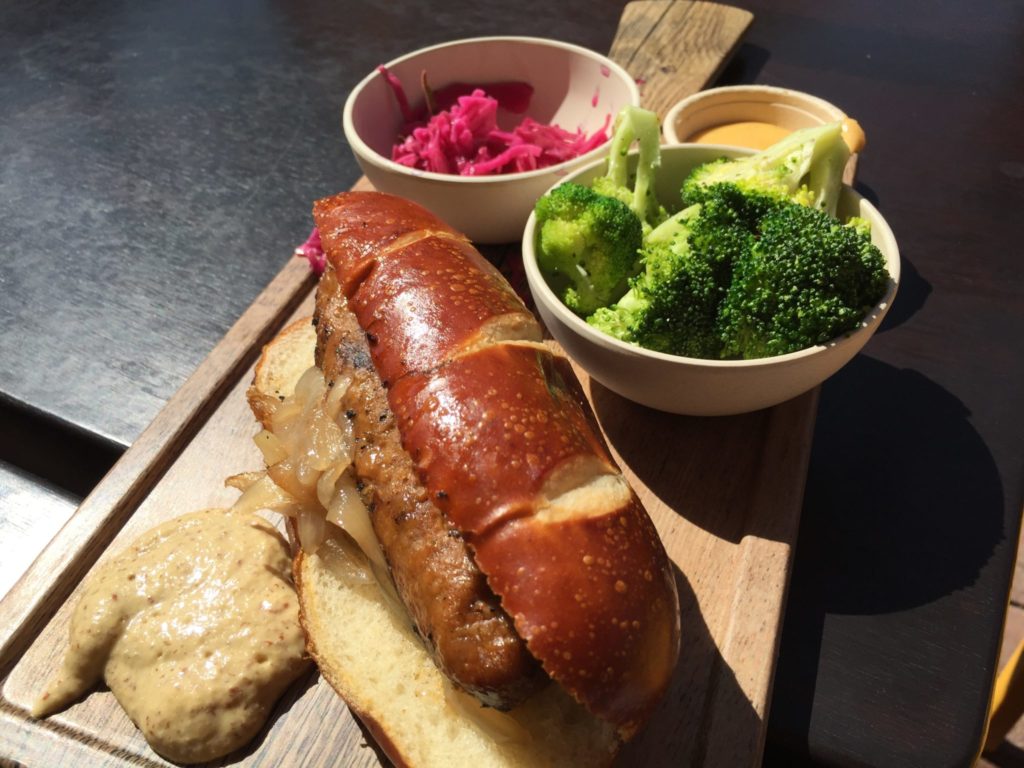 Today is my 54th birthday. I didn’t really have any plans. So, I decided to go to the Spectrum Center because they had events going on. I went at 2 pm. I ordered my birthday lunch at Veggie Grill, took my number, sat in the outside area, and I waited for a while. It seemed to be taking too long, I thought to myself. Then, a worker came by me stating that the new cashier forgot to key the order. So, he told me that they will now key the order, and they gave me a free drink. I filled my tall plastic cup with Cucumber Mint Lemonade, and I sipped it at an outside table until my lunch dish came, which was soon afterwards. I enjoyed my meal, which was Wunderbrat—which is a Vegan German sausage with sauerkraut, sauce, roasted broccoli, vegan cheese dip, and some magenta-colored veggie. My vegan German hot dog was good, with the pretzel bun…and, it was also filling. 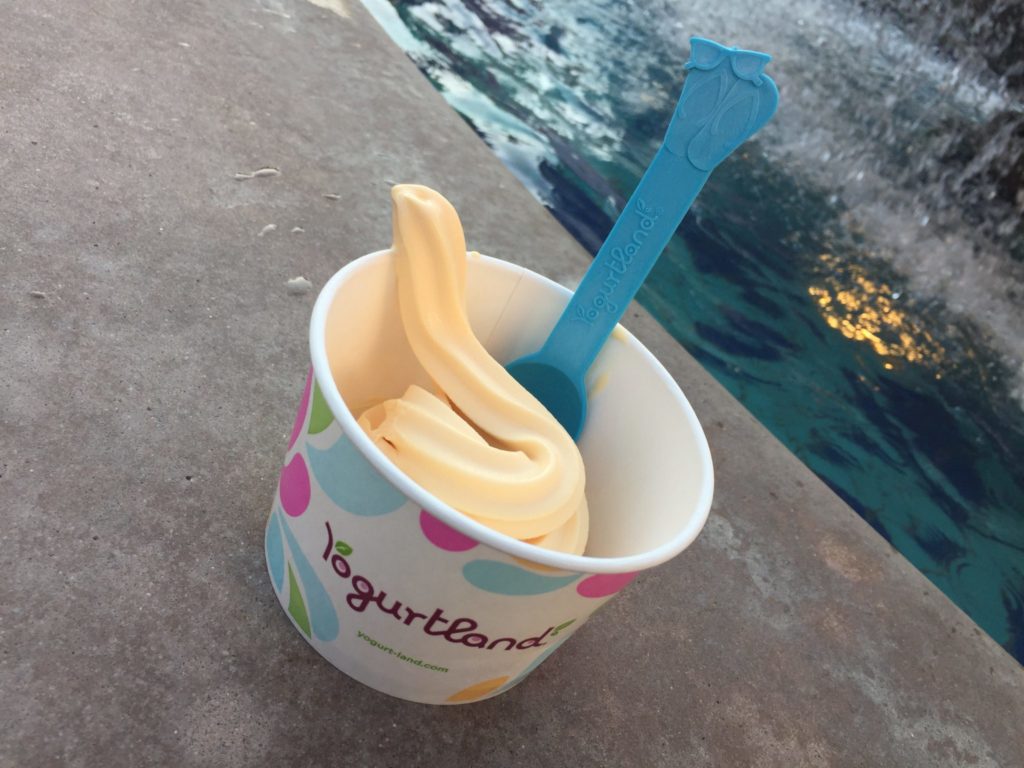 Then, I watched an event, which involved Silent Disco. I didn’t want to give them my ID to try it. So, I mostly watched. I had a card coupon for Yogurtland. So, I decided to buy Nectarine Peach Tart frozen yogurt. I took some snapshots and posted a lot on Instagram, and I got some picture stickers of my Instagram snapshots. 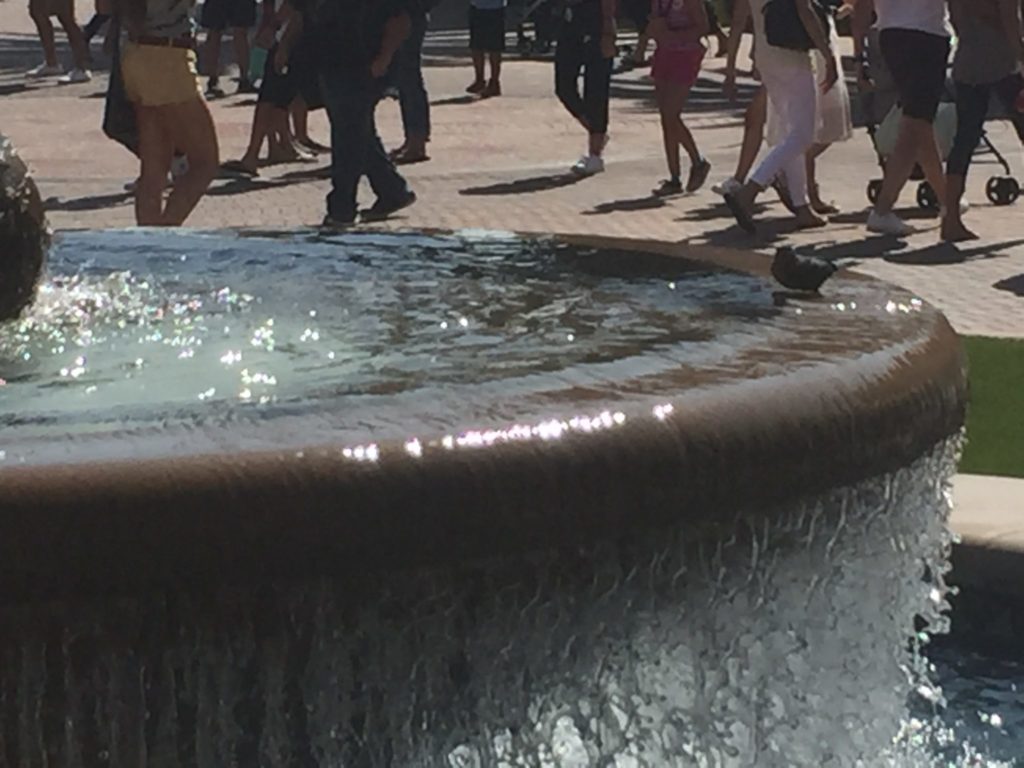 I also did a free mini facial at L’Occitane. 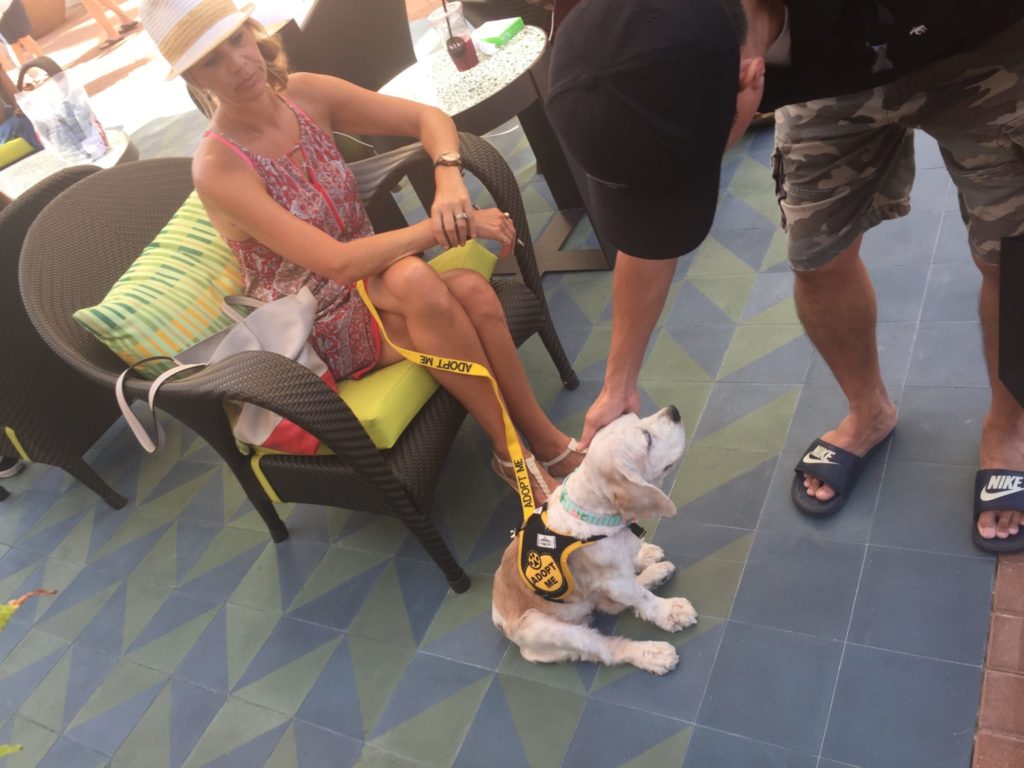 There were lots of families and kids. 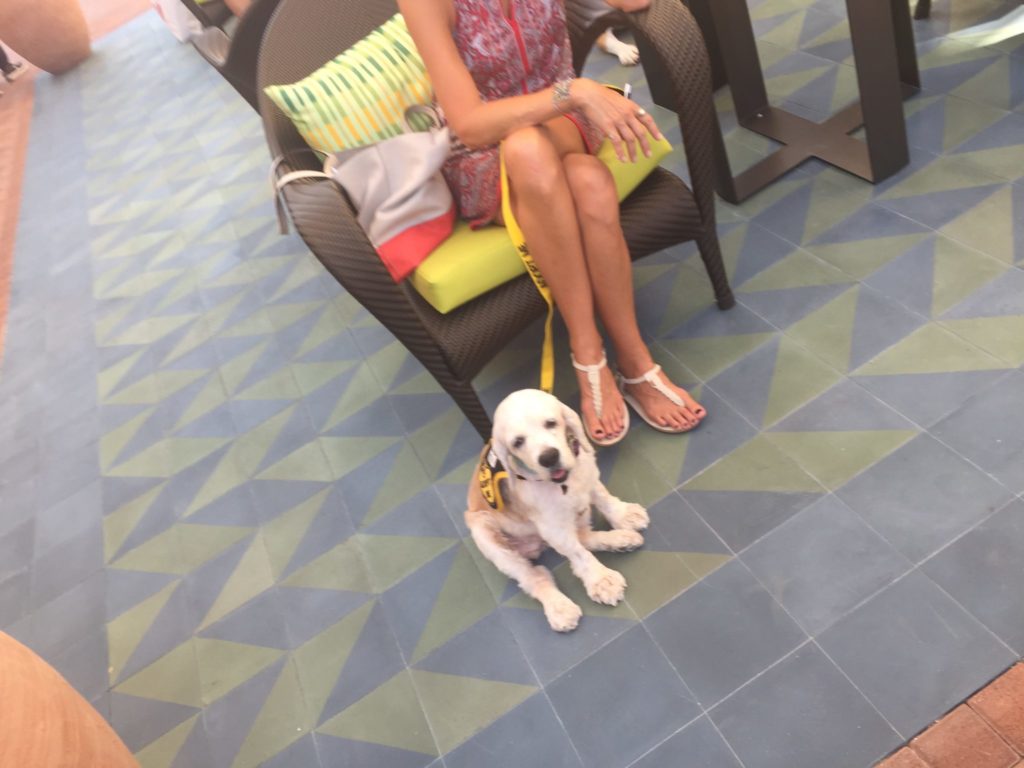 One woman, from a Cocker Spaniel Rescue was sitting with a sweet cocker spaniel on a leash. I took a snapshot of the sweet dog, Faith, hoping she gets a good home somewhere. I don’t mind taking it but I don’t know what Gumby would do or react. I promoted Faith on Instagram. 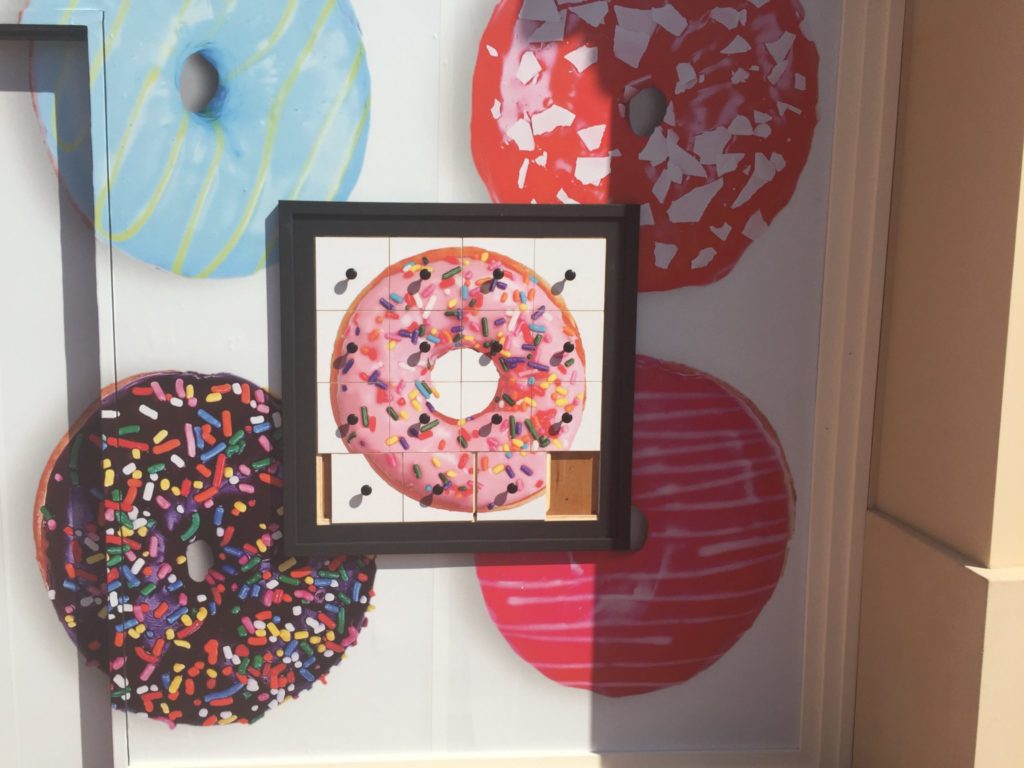 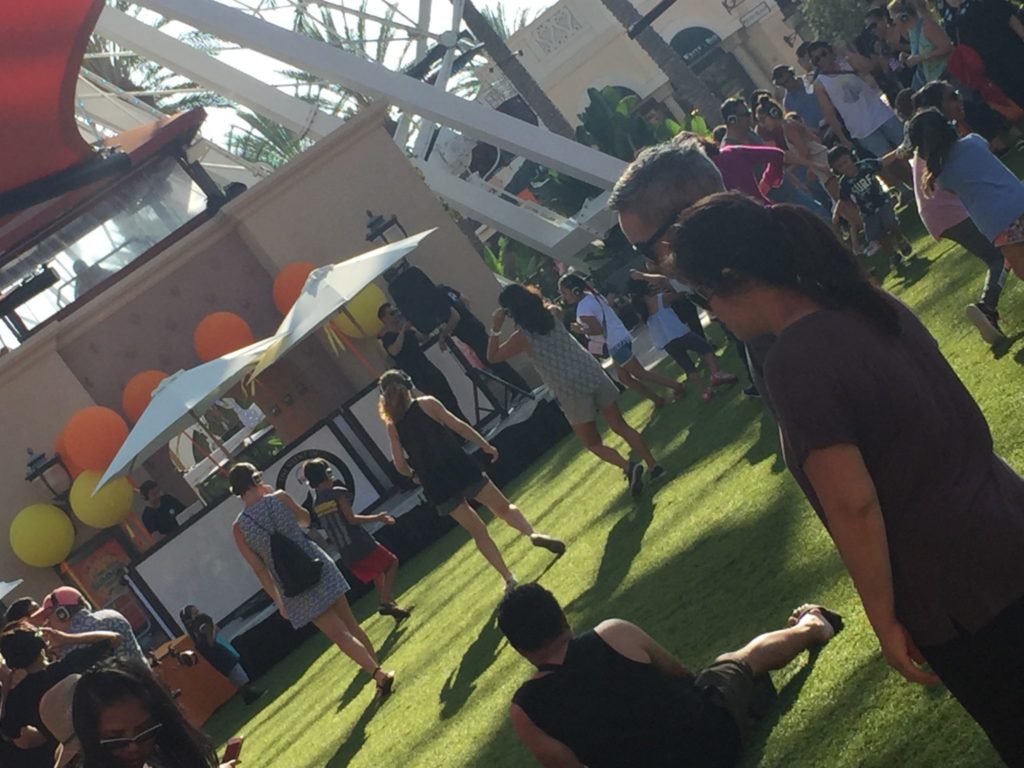 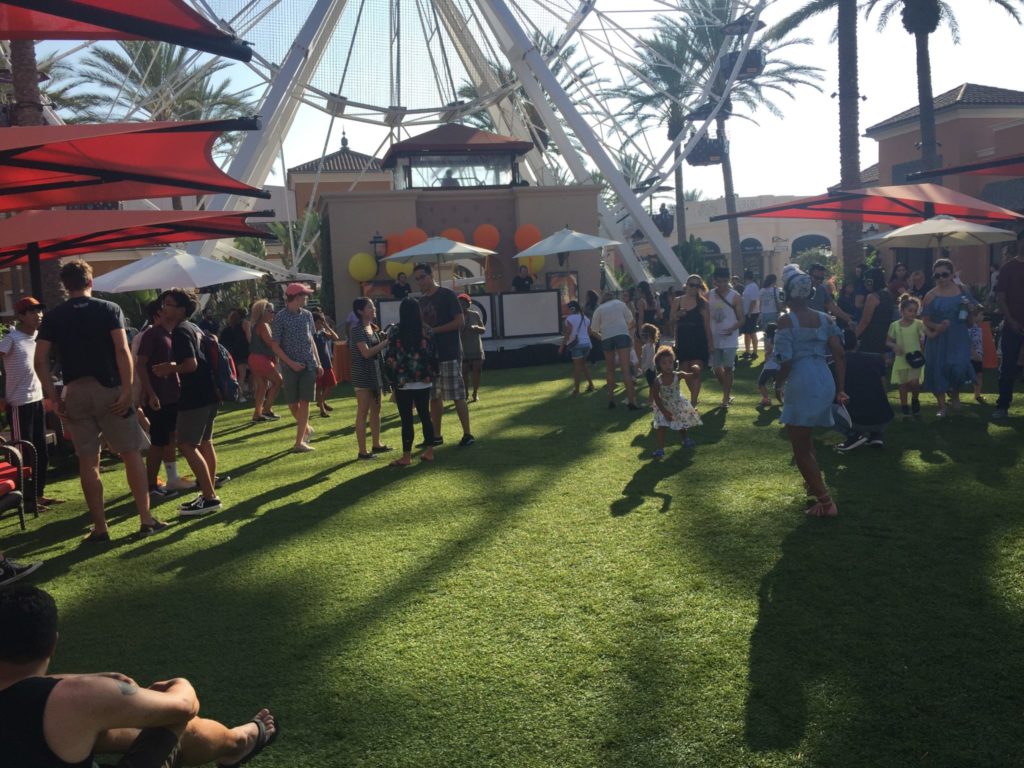 I decided to come home at 8 pm. 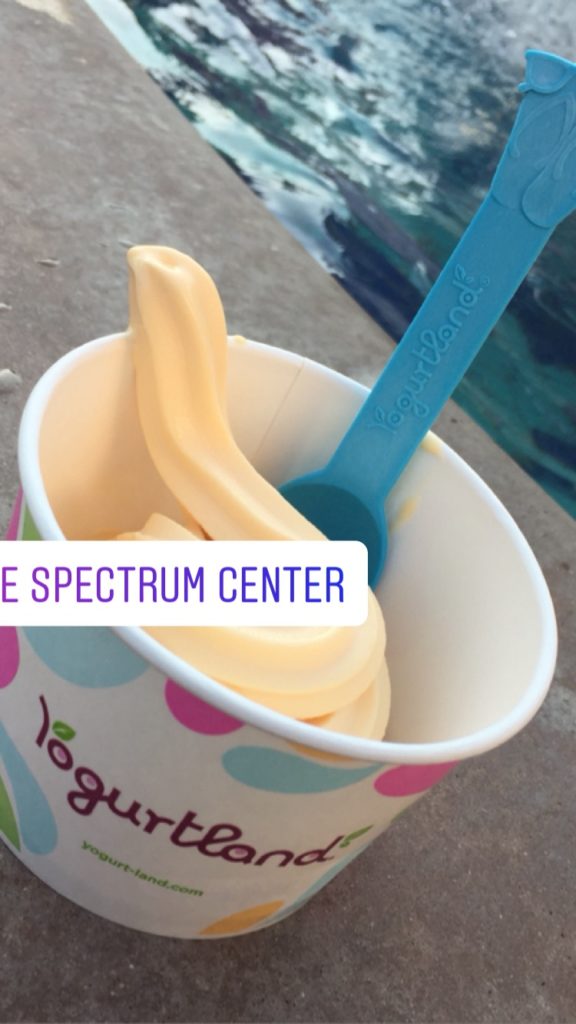