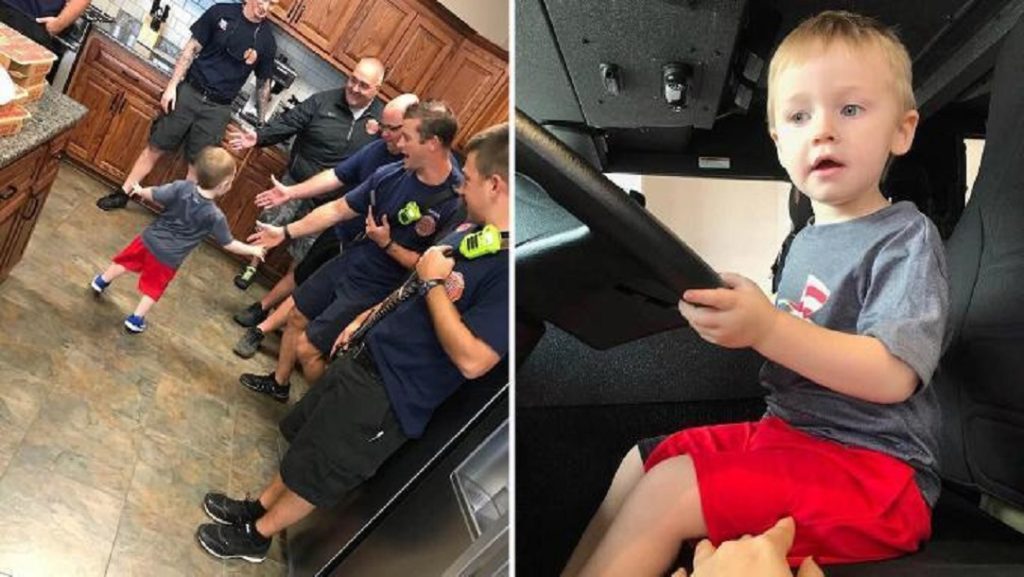 If anyone of us could be in the shoes of Jackson Reid who is three years of age imagine that a birthday in Harrisburg North Carolina to celebrate his birthday with his close friend was called off since Jackson’s friends fell ill after the tragic events of Hurricane Florence that severely damaged the Carolinas region.

Melissa Reid who is the mother of Jackson understood why all of Jackson’s friends did not want to go the local birthday party parlor due to illness. If I were in Melissa’s shoes, I would understand why the last minute cancellation took place.

However after Melissa and her husband were brainstorming an alternative way for Jackson to celebrate his third birthday, they remember that Jackson admire the firefighters in his hometown.

Melissa then called the Harrisburg North Carolina Fire Department to ask them if they would be willing to host a birthday party for Jackson.

Harrisburg Fire Department Captain Joe Yowler said to Melissa that they would be honored to invite Jackson and his parents to come to their facility and celebrate Jackson’s birthday party.

To put it mildly, Jackson and his parents had a wonderful time at the fire station celebrating their son’s third birthday.

Firefighters should be recognized as honorable people who not only rescue people and animals who get stuck in fires or trees. They have a heart of gold allowing children and their relatives to have birthday parties at their facilities.

It would not surprise me if Jackson when he reaches adulthood would love to join the firefighters.