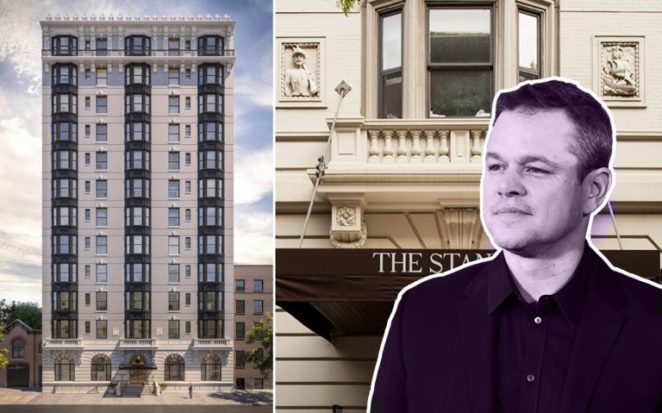 Did Matt Damon simply close on this record-breaking Brooklyn penthouse?

A penthouse at The Standish simply broke Brooklyn’s private deals record.The 6,218-square-foot unit at 171 Columbia Heights sold for $16.745 million, as per property records documented on Thursday. Matt Damon was accounted for to be in contract for the property in September 2017, and it shows up the performing artist shut on the purchase. Printed material for the exchange was marked by a Gary Kress of Los Angeles, Damon’s business chief.Corcoran Sunshine had the posting.The unit sits on the twelfth floor of the previous Standish Hotel, which DDG and Westbrook Partners purchased for $60 million out of 2014. The engineers changed over the property into a 33-unit condominium with an aggregate anticipated sellout of $120 million.The district’s past deals record — $15.5 million — was set in 2015 by a townhouse at 177 Pacific Street in Cobble Hill. Picture taker Jay Maisel was the purchaser.The new record at 171 Columbia Heights probably won’t represent long. In October, the Wall Street Journal detailed that another Brooklyn Heights penthouse at the Quay was in contract for over $20 million. That bargain has not yet been recorded in city records.