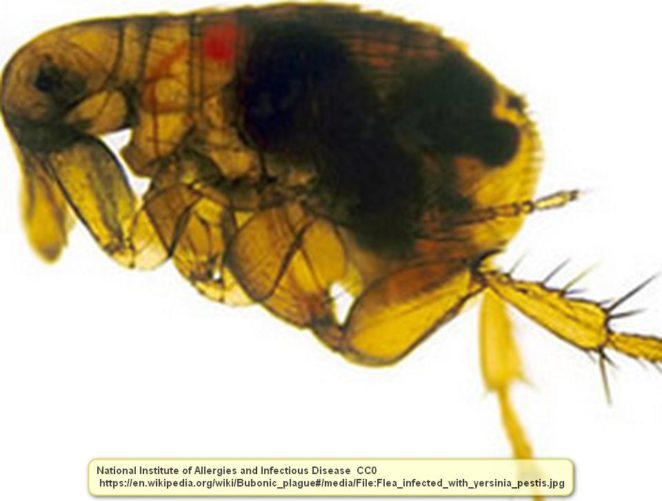 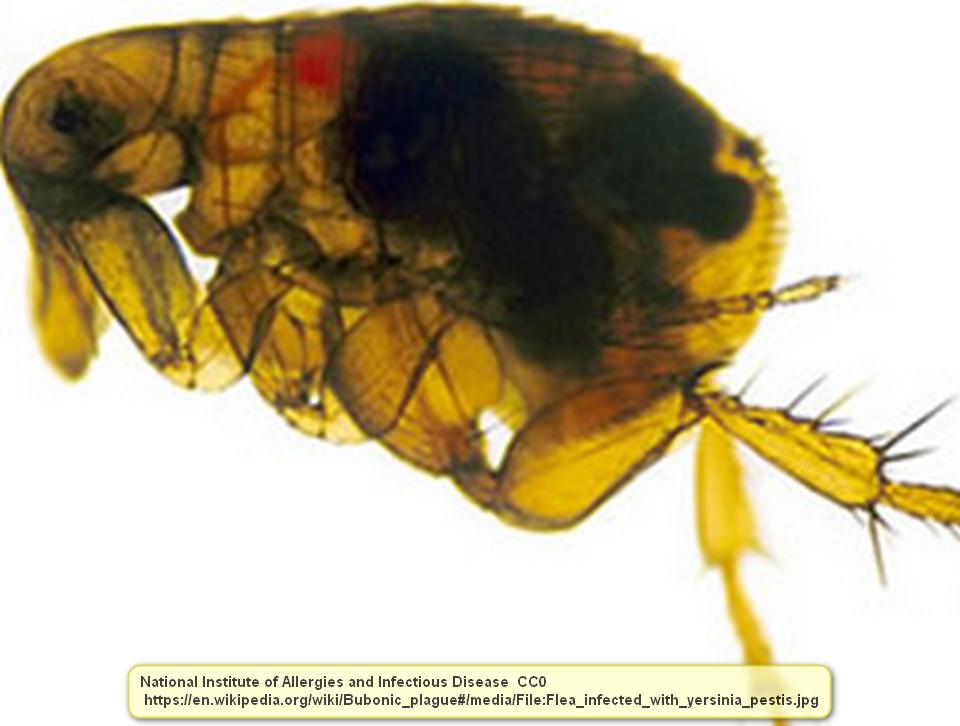 In the mid-1300’s, people were baffled and terrified of an illness that started to blast its way across Europe. They didn’t know what caused it, how it was transmitted, how to treat it, or much of anything else about it, except that nearly everyone who contracted it died. Many people simply called it “the plague”, though we now know it as the bubonic plague.

The symptoms of the plague were horrifying. People often suffered headaches, severe body pains, high fever, coughing, delirium, vomiting of blood, labored breathing, swelling of the lymph nodes, necrosis (death) of tissue, and gangrene. Black spots and boils often formed on the skin, particularly on the fingers, toes, nose, lips, armpits, neck, and groin. The pus-filled boils or buboes give the plague its proper name; bubonic plague. As the flesh died, causing enormous pain, it would turn black and it is from this that the plague was given an alternate name: The Black Death.

As disturbing as it is to even think about it today, it was far worse back in the 1300’s. The symptoms appeared suddenly and without warning, progressing rapidly. By the time it began to blaze across Europe, Asia and the Middle East were already suffering the full effects of the plague.

There were many mistaken theories about the cause. One held that it was due to the foul smell that accompanied the necrosis of the flesh. People started filling their pockets with sweet-smelling flowers, such as posies, to ward off the disease. Of course, this didn’t help.

The nursery rhyme, “Ring around the Rosie” is said to describe the spots of black death and this is the reason for the ‘pockets full of posies’.

Another mistaken idea that actually made matters worse was the thought that the plague was caused by witchcraft and the devil. Since cats were believed to be commonly used as familiars for witches, people started killing cats in the thousands in an attempt to control the plague.

We now know that bubonic plague is caused by a type of bacteria called Yersinia pestis. This bacteria was originally transmitted by Xenopsylla cheopis, the Oriental rat flea. Since cats preyed on the rats that carried the fleas that transmitted the disease, killing the cats allowed the population of infected rats to enormously increase, which spread the disease far faster.

The plague is now treatable using antibiotics, particularly streptomycin, but people still die from the bubonic plague even today. About 120 people die each year from the black death and most of those are in Africa where antibiotics aren’t widely available. A person can get the plague anywhere, though. This year, a young girl in Idaho was diagnosed as having the plague.

This bacteria has also been around for a very long time. Archaeological digs have found the bacteria and have dated it to nearly 4,000 years before the birth of Jesus. The Romans also suffered from outbreaks of the bubonic plague, though they didn’t call it that at the time.

The bottom line is that the plague was caused by a bacteria. The bacteria was transmitted by fleas that infested rats. The bacteria hasn’t been eradicated and probably never will be. Since rats are found everywhere people live, this means that there is still the potential for people to contract bubonic plague, regardless of where in the world they live.